A UNSW-led team of researchers has discovered how algae that survive in very low levels of light are able to switch on and off a weird quantum phenomenon that occurs during photosynthesis. 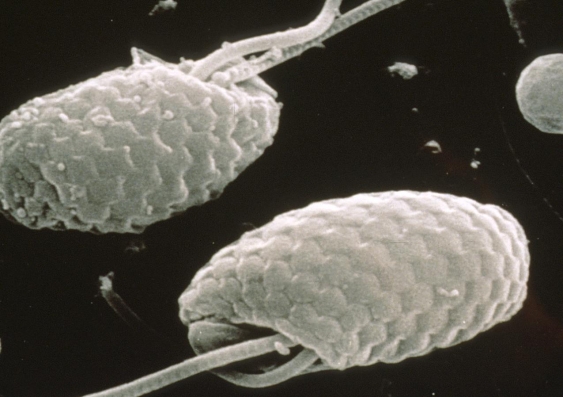 A UNSW-led team of researchers has discovered how algae that survive in very low levels of light are able to switch on and off a weird quantum phenomenon that occurs during photosynthesis.

The function in the algae of this quantum effect, known as coherence, remains a mystery, but it is thought it could help them harvest energy from the sun much more efficiently.

Working out its role in a living organism could lead to technological advances, such as better organic solar cells and quantum-based electronic devices.

The research is published in the journal Proceedings of the National Academy of Sciences.

It is part of an emerging field called quantum biology, in which evidence is growing that quantum phenomena are operating in nature, not just the laboratory, and may even account for how birds can navigate using the earth’s magnetic field.

“We studied tiny single-celled algae called cryptophytes that thrive in the bottom of pools of water, or under thick ice, where very little light reaches them,” says senior author, Professor Paul Curmi, of the UNSW School of Physics.

“This is a very exciting find. It means we will be able to uncover the role of quantum coherence in photosynthesis by comparing organisms with the two different types of proteins.”

In the weird world of quantum physics, a system that is coherent – with all quantum waves in step with each other – can exist in many different states simultaneously, an effect known as superposition. This phenomenon is usually only observed under tightly controlled laboratory conditions.

So the team, which includes Professor Gregory Scholes from the University of Toronto in Canada, was surprised to discover in 2010 that the transfer of energy between molecules in the light harvesting systems from two different cryptophyte species was coherent.

The same effect has been found in green sulphur bacteria that also survive in very low light levels.

“The assumption is that this could increase the efficiency of photosynthesis, allowing the algae and bacteria to exist on almost no light,” says Professor Curmi.

“Once a light-harvesting protein has captured sunlight, it needs to get that trapped energy to the reaction centre in the cell as quickly as possible, where the energy is converted into chemical energy for the organism.

“It was assumed the energy gets to the reaction centre in a random fashion, like a drunk staggering home. But quantum coherence would allow the energy to test every possible pathway simultaneously before travelling via the quickest route.”

In the new study, the team used x-ray crystallography to work out the crystal structure of the light-harvesting complexes from three different species of cryptophytes.

They found that in two species a genetic mutation has led to the insertion of an extra amino acid that changes the structure of the protein complex, disrupting coherence.

“This shows cryptophytes have evolved an elegant but powerful genetic switch to control coherence and change the mechanisms used for light harvesting,” says Professor Curmi.

The next step will be to compare the biology of different cryptophytes, such as whether they inhabit different environmental niches, to work out whether the quantum coherence effect is assisting their survival.