Opinion Another twist in the evolving story of heredity

Revisiting telegony and other discredited theories of inheritance through the modern lens of epigenetics will contribute to a more complete understanding of heredity, write Angela Crean and Russell Bonduriansky. 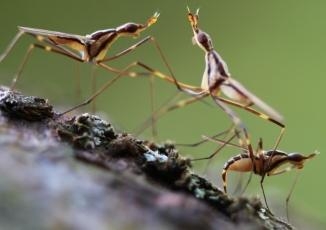 But is something else at play in determining how the offspring may look? That’s what we’ve discovered in certain flies which may extend to other species.

Our phenotype (the way we actually end up functioning, looking and behaving) is influenced by the environment. But as this change in appearance does not change our genotype, it should not change what we pass on to our children. Or so we thought.

Before scientists decided we had it all figured out, there were lots of different ideas about how traits are inherited.

In the 19th century, the main competing theory of inheritance (commonly referred to as Lamarckian inheritance after French naturalist Jean-Baptiste Lamarck) was the idea that characteristics acquired throughout an individual’s lifetime can be passed on to offspring.

Lamarckians pointed to the example of the giraffe’s neck, which supposedly got to be so long because giraffe ancestors stretched their necks to reach the tasty leaves on the highest branches, and then passed on their stretched necks to their offspring.

This sounds ridiculous to our modern ears, because the inheritance of acquired characters was tossed into the scientific dustbin nearly a century ago. It was simply deemed to be incompatible with Mendel’s laws and the properties of genes.

Yet, curiously enough, in the 21st century, it is becoming more and more apparent that Lamarck was at least partially correct.

We all know that what a mother eats during pregnancy can influence the growth, development and health of her child. This is easy to understand, as we can see the direct link between mother and child.

But did you know that what a father eats may also influence the development and health of his child?

Research suggests that children are more likely to develop cardiovascular disease and diabetes if their father and grandfather had plenty of food to eat during their pre-pubescence years. Paternal smoking and betel-quid chewing have also been linked to adverse health in children.

Experiments on rats have shown that such effects may be explained by epigenetic inheritance. Epigenetic factors are molecules that adhere to the DNA, and control how our cells use the genetic information.

Most epigenetic variation is erased when eggs and sperm are produced, allowing the fertilised egg to start life with a clean slate. But recently, scientists have discovered that some of the epigenetic variation survives the erasure, and is transmitted from parent to child.

Importantly, epigenetic factors can be influenced by environmental factors, including diet. Thus, via epigenetic inheritance, what you eat can influence the features of your offspring and grandoffspring – a discovery that would have knocked early 20th century geneticists off their chairs.

Another theory of inheritance that was discarded with the advent of genetics is telegony – the belief that offspring can inherit characteristics of a previous mate of their mother, and thus come to bear a resemblance to a male who is not their father.

Could non-genetic mechanisms of inheritance allow telegony to occur as well?

In addition to epigenetics, there are several other biological pathways through which the paternal environment could influence offspring traits. For example, it is well known that seminal fluid can carry sexually transmitted disease and infections.

But semen also carries a cocktail of proteins, sugars, enzymes and hormones. There is good evidence that seminal compounds transmitted by a male can alter the physiology and behaviour of its mating partner.

Moreover, if seminal compounds are also absorbed by eggs, then the semen could potentially influence the development of offspring – perhaps including offspring that develop from eggs ultimately fertilised by a different male.

What do the flies tell us?

Two weeks later, we mated each female to a second small or large male to fertilise her mature eggs.

The potential for such effects exists in any species where females can mate with more than one male and eggs are fertilised internally. But we do not yet know whether similar effects can occur in other species, and (contrary to what you might read in some media) there is no evidence of telegony in humans.

Angela Crean is an ARC DECRA Fellow at UNSW.

Russell Bonduriansky is an evolutionary biologist at UNSW. 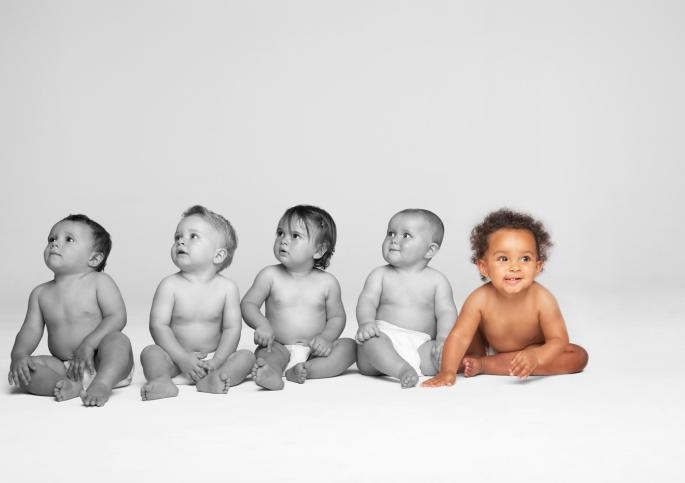