Using a telescope installed at the driest place on earth, Antarctica's Ridge A, a UNSW-led team has identified the early stages of a giant cloud of molecular gas – the birthplace of stars. 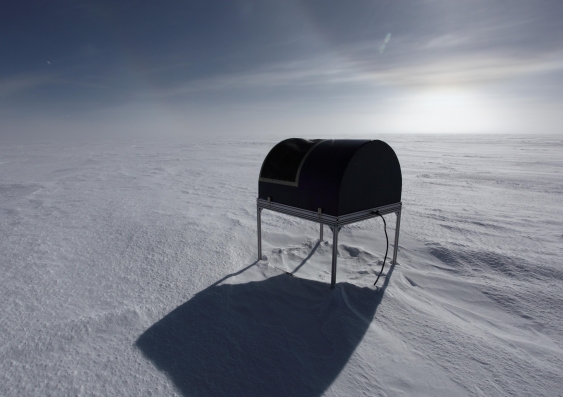 The PLATO-R observatory at Ridge A. The HEAT telescope is the black object on stilts at left, the instrument module is the yellow box and the solar panel array is on the right. Image: Geoff Sims

Using a telescope installed at the driest place on earth – Ridge A in Antarctica – a UNSW-led team of researchers has identified a giant gas cloud which appears to be in an early stage of formation.

Giant clouds of molecular gas – the most massive objects in our galaxy – are the birthplaces of stars.

“This newly discovered gas cloud is shaped like a very long filament, about 200 light years in extent and ten light years across, with a mass about 50,000 times that of our sun,” says team leader, Professor Michael Burton, an astronomer at UNSW Australia.

“The evidence suggests it is in the early stages of formation, before any stars have turned on.”

The results are published in The Astrophysical Journal.

The team is using the High Elevation Antarctic Terahertz telescope, or HEAT, at Ridge A, along with the Mopra telescope at Coonabarabran in NSW, to map the location of gas clouds in our galaxy from the carbon they contain.

At 4000 metres elevation, Ridge A is one of the coldest places on the planet, and the driest. The lack of water vapour in the atmosphere there allows terahertz radiation from space to reach the ground and be detected.

The robotic PLATO-R observatory with the HEAT telescope was installed in 2012 by a team led by UNSW physicist, Professor Michael Ashley, and Dr Craig Kulesa of the University of Arizona.

“We now have an autonomous telescope observing our galaxy from the middle of Antarctica and getting data, which is a stunning new way of doing science. Ridge A is more than 900 kilometres from the nearest people, who are at the South Pole, and is completely unattended for most of the year,” says Professor Burton.

The discovery of the new galactic cloud, which is about 15,000 light years from earth, will help determine how these mysterious objects develop in the interstellar medium.

One theory is that they are formed from the gravitational collapse of an ensemble of small clouds into a larger one. Another involves the random collision of small clouds that then agglomerate. Or it may be that the molecular gas filament is condensing out of a very large, surrounding cloud of atomic gas.

About one star per year, on average, is formed in the Milky Way. Stars that explode and die then replenish the gas clouds as well as moving the gas about and mixing it up.

The team includes researchers from Australia, Germany and the US. 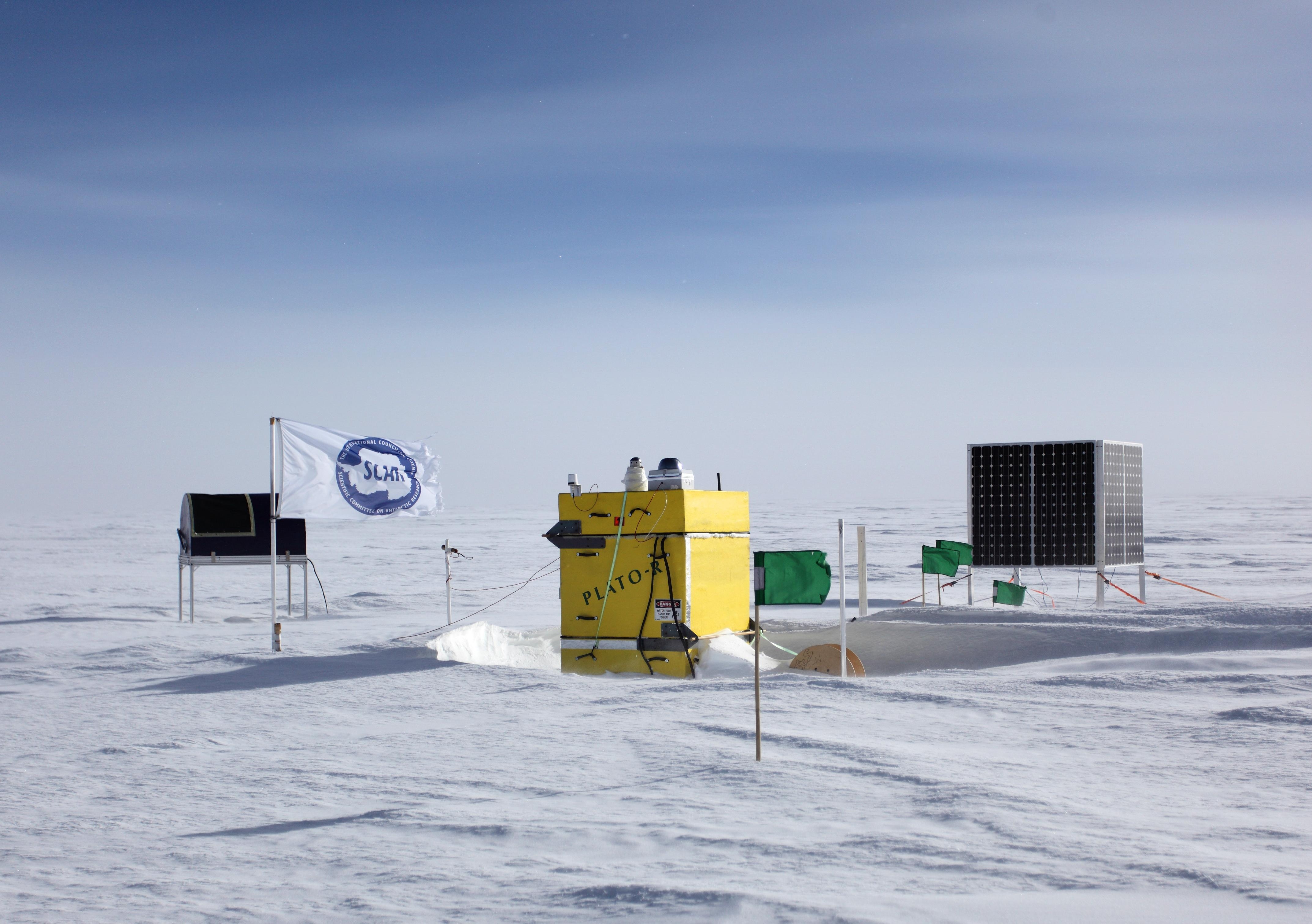 The PLATO-R observatory at Ridge A. The HEAT telescope is the black object on stilts at left, the instrument module is the yellow box and the solar panel array is on the right. Image: Geoff Sims