Wildlife photography acts as a torch, shining a light onto the face of extinction so that extraordinary species are not lost to the darkness. But it is then up to the rest of us to act and make a change, writes Dustin Welbourne. 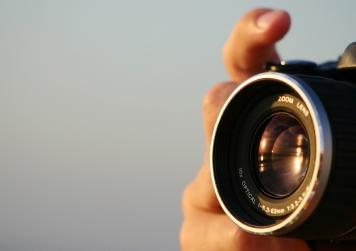 OPINION: Joel Sartore has been an explorer and photographer for National Geographic for 20 years. He captures the drama and beauty of wild animals from all corners of the earth, some of which you see here.

But after looking through his impressive body of work recently, I wondered: is there any real conservation value in this type of photography or is it all just eye candy?

While that may seem an obtuse question, just look at the track record.

National Geographic magazine has been publishing brilliant wildlife pictures since 1906, and publishing articles about endangered species earlier still, yet problems persist. In the November 1900 issue of National Geographic John Torbert wrote “The fact that the wild animals of the world are in danger of extermination is being forcibly driven home to the minds of all who are interested in natural history.” He identified the ivory and fur trade as the problem. Fast forward nearly 112 years to the October 2012 National Geographic issue, the cover story read, “BloodIvory, 25,000 elephants were killed last year”.

As you are well aware, National Geographic is not in this game alone. For 60 years Sir David Attenborough has been leading all manner of creature through our lounge rooms (and not cleaning up after them I might add). And yet, the Yangtze river dolphin, the Baiji, an extraordinary creature, was declared functionally extinct in December 2006.

In 1983 Andy Warhol took up arms (or canvases) to save endangered species and created 10 colour screen prints of threatened wildlife. One print, the San Francisco Silverspot, recently sold for US$1.3m, great for the art dealers I guess. Meanwhile, the western black rhinoceros, a species represented in Warhol’s work, has been declared extinct.

Closer to home, we have great wildlife photographers such as Shannon Plummer, and untiring wildlife warriors such as the late Steve Irwin.

Despite all their efforts, and beautiful photos, films, and works of art, we continue tolose species, a fact not lost on Joel Sartore. Referring to his work in a recent TEDx talk, Sartore said:

what I am doing here in the wild is just not enough, through my career I have seen more and more species head toward extinction.

But he is not going to take the loss of species lying down. In an attempt to get more people to sit up and take notice, he is photographing as many endangered species he can for the Photo Ark, a project aimed at immortalising endangered species and connecting with the public. Sartore says he is halfway to his goal but still questions whether it is enough.

It may not be. But I think Joel, and other communicators like him, shoulder a responsibility that is not all their own. We are all a party to the problem of species loss. Certainly, many species are going extinct because of our activities, but many disappear from a lack of attention.

So, what is the value of this type of work? Its value is to be a torch. To shine a light onto the face of extinction so that extraordinary species are not lost to the darkness. It is then up to the rest of us to make a change.

Dustin Welbourne is a PhD candidate in the School of Physical, Environmental and Mathematical Sciences at UNSW Canberra.