New research has found rapid warming of the Atlantic Ocean has turbocharged Pacific Equatorial trade winds with resulting impacts around the globe. 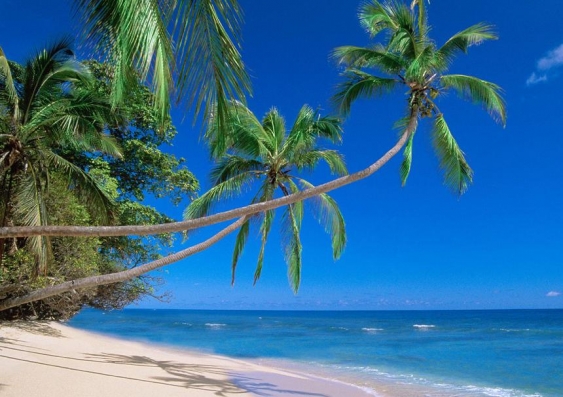 New research has found rapid warming of the Atlantic Ocean, likely caused by global warming, has turbocharged Pacific Equatorial trade winds. Currently the winds are at a level never before seen on observed records, which extend back to the 1860s.

The increase in these winds has caused eastern tropical Pacific cooling, amplified the Californian drought, accelerated sea level rise three times faster than the global average in the Western Pacific and has slowed the rise of global average surface temperatures since 2001.

It may even be responsible for making El Nino events less common over the past decade due to its cooling impact on ocean surface temperatures in the eastern Pacific.

“We were surprised to find the main cause of the Pacific climate trends of the past 20 years had its origin in the Atlantic Ocean,” says co-lead author Dr Shayne McGregor from the UNSW Climate Change Research Centre and ARC Centre of Excellence for Climate System Science (ARCCSS) at UNSW.

“It highlights how changes in the climate in one part of the world can have extensive impacts around the globe.”

The study is published in the journal Nature Climate Change.

The record-breaking increase in Pacific Equatorial trade winds over the past 20 years had, until now, baffled researchers.

Originally, this trade wind intensification was considered to be a response to Pacific decadal variability. However, the strength of the winds was much more powerful than expected due to the changes in Pacific sea surface temperature.

Another riddle was that previous research indicated that under global warming scenarios Pacific Equatorial Trade winds would slow down over the coming century.

The solution was found in the rapid warming of the Atlantic Ocean basin, which has created unexpected pressure differences between the Atlantic and Pacific. This has produced wind anomalies that have given Pacific Equatorial trade winds an additional big push.

“The rapid warming of the Atlantic Ocean created high pressure zones in the upper atmosphere over that basin and low pressure zones close to the surface of the ocean,” says Professor Axel Timmermann, co-lead and corresponding author from the University of Hawaii.

Many climate models appear to have underestimated the magnitude of the coupling between the two ocean basins, which may explain why they struggled to produce the recent increase in Pacific Equatorial trade wind trends.

While active, the stronger Equatorial trade winds have caused far greater overturning of ocean water in the West Pacific, pushing more atmospheric heat into the ocean, as shown by co-author and ARCCSS Chief Investigator Professor Matthew England earlier this year. This increased overturning appears to explain much of the recent slowdown in the rise of global average surface temperatures.

Importantly, the researchers don’t expect the current pressure difference between the two ocean basins to last. When it does end, they expect to see some rapid changes, including a sudden acceleration of global average surface temperatures.

“It will be difficult to predict when the Pacific cooling trend and its contribution to the global hiatus in surface temperatures will come to an end,” Professor England says.

“However, a large El Niño event is one candidate that has the potential to drive the system back to a more synchronized Atlantic/Pacific warming situation.”