With Australia lagging behind Europe and the US in research output, and with Asia catching up, urgent policy action is needed, writes Professor Merlin Crossley. 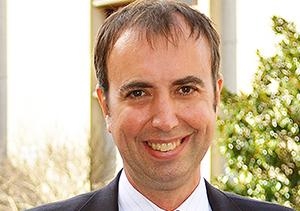 Australia punches above its weight in terms of global research, producing more than we might expect given our small population. At least … that’s the line we’ve been fed for years – but is it true?

A cracking recent paper from the office of the Chief Scientist Ian Chubb demonstrates that we are behind our main research partners, Europe and America. The citation analysis is convincing and the results argue for urgent policy action.

We have appeared to “punch above our weight” primarily because the developing world – Asia, South America, India, Africa and the former Soviet Republic – currently punches below its weight.

But times are changing and Asia is moving up. Australia is faced with the choice of falling behind or taking steps to keep pace with the growing prosperity in our region.

It is clear the Chief Scientist’s office is working hard to make sure our nation makes the right choice.

Why have we for so long said that we were doing so well? One important point is that we are genuinely doing well in several fields. In medicine, earth and planetary sciences and engineering we are doing better than the European average in many sub-disciplines.

I think this rings true – Australia has strong traditions in these areas. But in most other disciplines we don’t seem to be above our peers.

Overall, we sit well behind the US, Scandinavia, Britain, below Canada, and right between Germany and France. It is good to be in the company of these last two but one has to recognise non-English speaking countries are often rated a little lower in terms of citations – i.e. the lists of how often published research papers refer to other papers in their footnotes, as recorded in the Scopus databases.

In fact, the lower citations from Asian countries in part reflects the fact that many researchers in the west do not see or cite the good work that is increasingly being done in these places.

Japan for instance is a true performer in many areas but its work is less cited perhaps because of language, its remoteness and possibly the industrial nature of much of its research.

The conclusion is that Australia is not sitting pretty and proudly due to its unique intellectual brilliance and remarkable productivity, but is slightly behind its main research partners in Europe and the US.

The more one thinks about the data and the analyses the more excuses and explanations one can find – Canada outperforms us because it is dragged up by its proximity with the US; it shares research networks and it invests in new schemes such as the Canada Research Chairs program in a constant effort not to fall behind its superpower neighbour.

We also have a superpower in our region – China – and it will be good for us if we have policies that allow us to keep up too.

The paper is silent on whether or not citations are a good measure of research productivity. I think this is wise. Citation numbers may not be perfect but they represent one measure and a measure that can be monitored easily every year – so it’s a useful one.

We can make excuses about citations and call on our special circumstances but we really can’t deny the fact the mantra that we have “punched above our weight” has been going on for too long and could lead to dangerous complacency.

The paper does make some comments on policy. It suggests that knowing and investing in our strengths is a good plan. I think this is right but it needs explanation.

One has to go back and ask several questions:

The idea that we could sit back and rapidly adopt the research of others appeals to some people but I don’t think it has ever been done successfully. The reason is simple.

New technology is inherently sophisticated and complex. If you don’t have a rich research and educational sector training the next generation by engaging with world-class research you just don’t have enough people or enough infrastructure or the right attitude to adopt and develop the research of others.

Australia is a rapid adopter and we always will avail ourselves of the 97% of research done by others; but in order to do this effectively we need our own research capacity. We also need capacity if we are to share in and benefit from collaborative projects with our partners.

It is also gratifying that, although our 3% contribution sounds small, there have been some spectacular contributions – such as Ian Frazer’s papilloma virus vaccine – and adopting them rapidly will save lives as well as money.

Things are not bad here but when one looks at the table one can’t help hoping we adopt the approaches of countries such as Switzerland, Sweden and Finland that genuinely do punch above their weight.

The second question about investing in strengths or weaknesses is also interesting. We will never have enough resources to fund all our ideas so we do need to prioritise.

There may be a case for bringing some areas up to speed – space science comes to mind. Australia is unusual in not having a space program and it is likely that satellite communications at least will become increasingly important, so arguably that’s an area where we should build.

There have been some attempts to do this. But, in general, the plan of investing in strength is the right one. Investing in strengths is inspirational and having a few areas – as many as possible – where we are world-class allows us to engage with the world.

The 21st century will be the Asian Century but it will also be a time when science and technology continues to deliver wealth and enrich our lives.

Knowing where we stand in the world is the first step towards increasing our engagement and contribution.

Merlin Crossley is Dean of the Fasculty of Science at UNSW.