It's inevitable that some communities will live with a disproportionate burden of industrial air pollution unless we independently assess emissions data, write Donna Green, Jayajit Chakraborty and Mark Taylor. 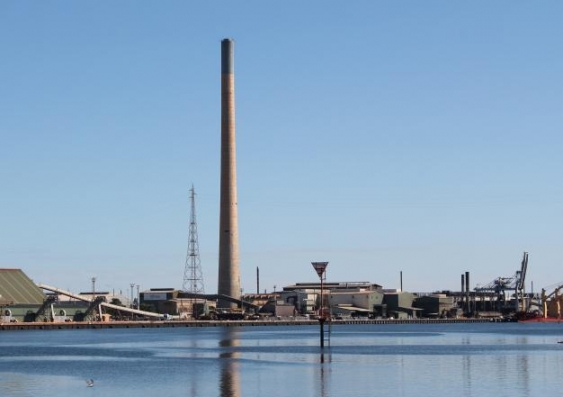 OPINION: Australians living in poorer communities, with lower employment and education levels, as well as communities with a high proportion of Indigenous people, are significantly more likely to be exposed to high levels of toxic air pollution.

These are the key findings from the first Australian study to assess the relationship between industrial air pollution and the communities most exposed to it, which has just been published in the international journal Environmental Research Letters.

Our study evaluated industry-reported estimates of air emissions, which are available from the Australian government’s National Pollution Inventory (NPI), which details annual pollution from facilities like mines, power stations and factories. The NPI keeps track of more than 90 substances, including arsenic, lead and sulphur dioxide that can harm human health and the environment.

We then combined the national air pollution inventory data with demographic information from predefined areas determined by the Australian Bureau of Statistics (ABS). For each area, we considered the proportion of Indigenous people, and several measures of social disadvantage, including levels of education, income and employment.

The results revealed consistent national patterns: Indigenous as well as disadvantaged communities across Australia are being being disproportionately exposed to sources of industrial pollution, including higher amounts and higher levels of toxicity of air pollution.

In the communities containing NPI-listed air pollution sites, the average percentage of Indigenous Australians was almost 1.7 times higher than those which did not contain such sites.

These locations are also more likely to be associated significantly with communities that have greater socio-economic disadvantage, lower access to economic resources, and with lower levels of educational and occupational status.

Port Pirie in South Australia is a good example of such a community. Located about 225km north of Adelaide, the town’s residents have long known that their town’s 125-year-old smelter – one of the largest in the world – produces harmful emissions.

However, until this new study was done, people in communities such as Port Pirie have had no way of assessing how the air pollution they have been experiencing compares with other parts of Australia.

Our findings show that Port Pirie, which has one of the lowest socio-economic disadvantage ratings in South Australia, falls into the top 10% of all communities in the country, in terms of total toxic air emissions and the toxicity-weighted emissions. (Toxicity weightings are based on the toxic equivalency potential, which determines the relative human health risk resulting from release of a chemical.)

These findings are consistent with countless reports and inquiries that have revealed how lead poisoning has affected generations of Port Pirie children, including more than 3000 in the last decade.

To limit exposure to environmental emissions, including at children’s playgrounds, the “Thumbs Up for Low Levels” campaign advises Port Pirie residents to use a wet mop rather than a broom to clean their homes; not to drink rainwater; to wash hands after play; while their children are told to brush their pets outside because of the contaminated dust risk.

Lead is a neurotoxin: that is, a chemical causing irreparable nervous system damage. Yet the advice to local residents is not based on strong evidence. In fact, a recent Cochrane Review of 14 studies involving 2656 children concluded that:

educational and dust control interventions are not effective in reducing blood lead levels of young children.

Even low blood-lead levels affect a child’s mental and physical development, as shown in a recent study of Port Pirie children. So it is unfortunate, but not surprising, that children living in Port Pirie have been shown to be disproportionately developmentally vulnerable by comparison to the state or the national average.

Last year, the Port Pirie smelter – operated by Zurich-based company Nyrstar – breached agreed pollution limits. As The Australian newspaper reported earlier this month, South Australian Health Department data for 2013 shows that more than 100 Port Pirie children — about 20% of those under five tested in the town — had blood lead levels above the ­nationally accepted level. The average blood lead level in all children had also risen to its highest level since 2010.

Unlike some other Western nations, Australia’s environmental protection laws do not adequately or equally protect all communities from the health effects of air pollution. That is in spite of a long-standing – though not legally-binding – agreement by the federal, state and territory governments that all Australians should:

enjoy the benefit of equivalent protection from air, water and soil pollution and from noise, wherever they live.

Pollution licences and the way they are enforced are a state responsibility. For large companies that provide a high percentage of employment for a town or region – especially in rural towns – significant flexibility is provided by state authorities when it comes to enforcing compliance with licence controls. Across Australia, and even within individual states, there are many interpretations of acceptable practice.

Coming clean on the air we breathe

Our new national assessment is not enough to conclusively state that industries have deliberately chosen to locate in specific areas with less well-off communities. In fact, sometimes people with less money, who are looking for work, may be attracted to living near cheaper land – including less desirable places, such as near mines or industrial sites.

However, these new findings suggest that, at minimum, more research is needed to identify the specific trajectories and impact of industrial and economic development. It also points to the need to have independent measured emissions data to analyse, rather than having to rely on industry-provided estimations of emissions to the NPI.

Without such data, it is inevitable that some Australian communities will continue to live with a disproportionate burden of pollution and adverse health impacts.

Dr Donna Green is a Senior Lecturer at the Climate Change Research Centre & Associate Investigator for the ARC Centre of Excellence for Climate Systems Science at UNSW. Jayajit Chakraborty is a Profesor of Geography at the University of South Florida. Mark Taylor is a Professor of Environmental Science at Macquarie University.

Parents misled about dangers of living with lead pollution