Opinion Berry scare: here’s what you need to know about hepatitis A

All food-borne disease outbreaks are frightening, but the good news for this one is that hepatitis A is rarely life-threatening, writes Peter White. 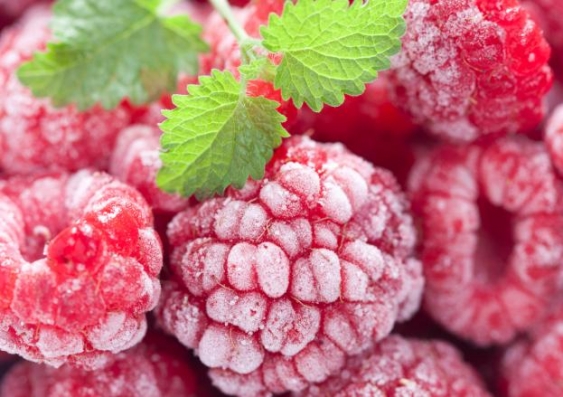 Imported frozen rasberries have been linked to hepatitis A infections. Image: Thinkstock

OPINION: School students in Victoria, South Australia, and Queensland are the latest group thought to have eaten frozen berries linked to hepatitis A, which has now infected 14 people nationally. All food-borne disease outbreaks are frightening, but the good news for this one is that hepatitis A is rarely life-threatening.

Hepatitis is inflammation of the liver and can result from a viral infection by one of five hepatitis viruses, which are called hepatitis A, B, C, D and E viruses. The viruses are unrelated to each other but are joined in name because they all replicate in the liver.

Hepatitis A and E viruses are probably the least serious, although infection is still harmful. On average, the blood-borne hepatitis viruses, namely B, C and D are nastier, mainly because all three can evade the immune system and cause a life-long infections. This can result in continual liver damage over decades.

When someone is infected by the hepatitis A virus they won’t become ill until two to seven weeks later. And they’re infectious around two weeks before and after symptoms.

The infected person will usually experience general “hepatitis” symptoms (tired, feeling sick, muscle aches, fever) for up to two weeks before they start to appear yellowish or jaundiced, as a result of liver damage. Jaundice lasts for between one and three weeks.

Infection could lead to the liver being enlarged so the upper right-hand side of the body may feel tender. Even after the jaundice has faded, hepatitis A infection can leave a patient feeling tired, off their food and weak for some weeks, or even months.

The idea of all viruses is to replicate to enormous numbers so they can be transmitted to new hosts. Hepatitis is no different, and about ten billion hepatitis A viruses are excreted per gram of feces. That’s why washing your hands is so important once you’re infected. It only takes about 1,000 viruses to infect someone – you can do the maths.

The hepatitis A virus is very common in developing countries, where human fecal waste often contaminates food and water supplies because sanitation standards are much lower. But in developed countries, such as Australia, the United States and the United Kingdom, infection with hepatitis A is quite rare; few people encounter the virus unless they travel overseas. This disparity in infection rates between wealthy and poor countries highlights the need for, and should strengthen efforts to, generate clean water supplies.

Like most viral infections, adults fare worse than children. A third of infected adults will get sick from hepatitis A, so the disease tends to be nastier in Western countries where mainly adult infections occur.

Infection with any of the five hepatitis viruses generally causes similar clinical symptoms, which include fever, headache, feeling weak, muscle aches, and loss of appetite, among other things. But infection with the hepatitis A virus is different from hepatitis B, C and D viruses because it seldom results illness lasting for more than a couple of months. In the vast majority of cases, the virus is eliminated from the body and the liver totally recovers.

The story is however different for hepatitis B, C ands D viruses, which can cause lifelong (chronic) infections in some infected people. A chronic infection is when the virus remains permanently in the liver because it cannot be removed by the immune system.

The immune system continually attacks the liver cells where the virus hides, resulting in their destruction and ultimately a reduction in the capacity of the liver to do its many tasks. This means liver damage continues over ten to 20 years and can lead to serious liver disease and liver cancer. This happens in about a quarter of those infected with these viruses.

Along with hepatitis A, hepatitis E also does not cause chronic infection. Having said that, hepatitis E is very dangerous to pregnant women and can be fatal to both mother and offspring.

Vaccines can protect against hepatitis A and hepatitis B infection, but they don’t cure infection. Since 1988, all Australian babies get hepatitis B vaccinations. But as the hepatitis A virus is rare in developed countries and not life threatening, vaccination is largely offered to people travelling to places where the virus is endemic. This makes very good practical sense and it’s cost effective

You should have the vaccine about a month before you travel because it takes between two and four weeks for full immune protection, which lasts about 25 years. Just like mumps and measles, once you’ve had a hepatitis A infection or the vaccine, you’ll probably be immune for life.

Our main weapon against hepatitis A virus are immunoglobulins, antibodies that bind to the virus to prevent further infection of cells. It needs to be administered two weeks after exposure to be effective. Other than this there are no real antiviral treatment options for hepatitis A. People with the virus are clinically supported with management of complications if they arise.

Treatments can suppress hepatitis B virus replication, but stopping it will allow the virus to come back. Only hepatitis C has a treatment that can cure it and these drugs are very new and very expensive.

Peter White is a Professor in Microbiology and Molecular Biology at UNSW.