Opinion Blue-sky research under a cloud

Scientists have a responsibility to convince the public and political parties to support curiosity-driven research to help solve the challenges of the future, writes Merlin Crossley. 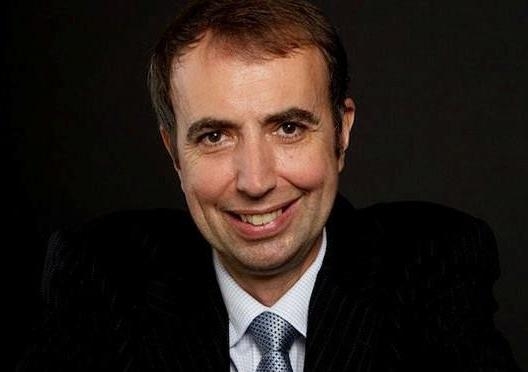 OPINION: Who is responsible for the fact that investments in blue-sky, curiosity-driven or exploration research are under threat? Many scientists tackle politicians on this issue. But as scientists we also have a responsibility to get the public and all political parties on side so that visionary policies — when and if they appear — are not undermined by appeals to short-term hip-pocket interests.

For some reason, strong government seems to be getting harder, with leaders worldwide facing relentless scrutiny on social media and increasingly having to navigate hung parliaments. The need for bipartisan agreements on what is important in terms of a national science strategy has become more important than ever.

Blue-sky research involves a particularly big leap of faith — the belief that backing investigator-led research will generate paradigm shifts that, in the long-term, will repay the investment many times over.

History shows this approach is critically important for creating new industries, for finding alternative paths in the many places where we have reached a scientific brick wall, and for inspiring our brightest young minds to embark on careers of discovery.

But in times of dwindling economies it is hardly surprising that governments and researchers find it hard to convince the politicians, industry, philanthropists or even the taxpayers to find extra money to pay upfront.

The long-term consequences may be dire. Without sustained funds for exploration there will be fewer explorers and fewer big discoveries. Without new discoveries there will be fewer inventions and some problems will remain unsolved indefinitely. Sadly this new political climate is gradually driving the emphasis away from investigator-led research towards mission-directed research.

Medical research is one form of mission-directed research that is obviously worthwhile. But even here there are challenges. The government’s bid to raise taxes to ensure sustainable funding for medical research was vigorously opposed. Flat taxes, such as the proposed $7 co-payment, can lead to social inequity, but any notion extra public interest research can be funded without finding extra money somewhere is mystifying.

Industry engagement is also in favour, and such mission-directed research is very important. But one has to be careful not to let the political advantages of this approach drive the agenda. Industry-directed research is self-evidently intended to have an economic benefit. Taxpayers can take some comfort from the fact it is carried out under the blowtorch of market efficiencies rather than in large, publicly-funded bureaucracies. And if industry pays, the public doesn’t — although it may ultimately end up contributing, because industries have to generate revenues from somewhere.

Interdisciplinary research is a third type of mission-directed ­research that is increasingly popular. Interdisciplinary collaborations can trigger new ideas and provide synergies. But again political rather than scientific advantages can contribute to the appeal. The more people and regions involved in the research, the easier it is to justify the investment.

Not surprisingly, many institutions have jumped on this bandwagon. But it should be remembered that management-directed interdisciplinary plans are not always justified.

Sometimes it is most efficient to have the smallest, most excellent teams, rather than the largest team imaginable. If you look at Nobel Prize discoveries that have changed the world, you will find they nearly always depend on dedicated individuals with deep, discipline-specific knowledge.

Hard as it is we should start talking about a bipartisan science strategy that serves the national interest and includes a prominent commitment to blue-sky science.

But how do you rank and prioritise funding for different blue-sky ideas? When dealing with the unknown, can one always distinguish between a Galileo and a crank? Is it possible to support every innovative idea or attractive “world-first”?

One strategy is to forget about trying to rank the ideas and go for individuals who have demonstrated creativity, drive and productivity. The Australian Re­search Council and National Health and Medical Research Council fellowship schemes provide a sanctuary where top researchers are given the freedom to follow their ideas without daily pressure to report on progress.

Ultimately we need leadership, vision and strategy so that Australia remains a country where young people aspire to careers in science where they can explore and contribute to solving the grand challenges that loom in the future.

This article first appeared in The Australian newspaper.

What is good science?