Opinion Building a telescope in the coldest place on Earth

The temperature can get below minus 93 degrees on an Antarctic ridge near Dome A, where UNSW scientists operate an astronomical observatory, writes Michael Ashley. 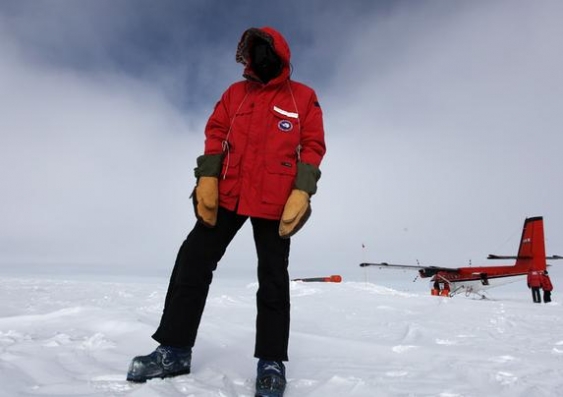 OPINION: Russia’s Vostok station in Antarctica must be one of the scariest places on Earth.

Temperatures regularly drop below -80C, and there is no way in or out for nine months of the year. The inhabitants become acutely aware that the only thing standing between themselves and certain death is the station’s diesel engine plant.

It pays to stay on good terms with the diesel mechanic.

At 4am on April 12 1982, in a little-known incident, the 20 scientists and support staff at Vostok discovered just how important the engines were when a fire swept through the powerhouse. In the 15 minute conflagration one person was killed and all three diesel engines and their backups were destroyed.

With the power systems out, the station became eerily quiet. There was no electrical power, heat, or light, and the buildings started to rapidly cool down. Rescue would be impossible for eight months since aircraft fuel and hydraulic systems freeze during the Antarctic winter.

Without power, there was no heat to melt snow for drinking, so the men might have died of thirst before the cold. Their copious supplies of vodka would have frozen solid in a few days.

With time of the essence, the trapped Russians remembered that they had an old worn-out diesel engine from an ice-coring project. They managed to coax the engine back to life and used the electricity to power a radio to inform the outside world of their plight.

Moscow assembled a team of mechanics who had previously wintered at Vostok, and they remembered the location of a old scrapped diesel engine that was buried under snow near the station. Over a period of two months the engine was restored, and gradually the situation improved.

After 227 days the surviving 19 people were rescued when the conditions warmed enough for a tractor to reach them from the coast.

One can imagine the trepidation felt by the next group of winter-overers. As they say in Antarctica, choose your companions carefully: you may have to eat them.

Fortunately, the following year was uneventful apart from a disaster viewpoint. It was, however, memorable for recording the world’s lowest temperature.

During the week leading up to 21 July 1983 the sky was continuously clear and the wind was near-zero at Vostok - the perfect conditions for setting a record. Being wintertime, the sun was below the horizon. Just before 6am Moscow time the temperature at Vostok bottomed-out at -89.2C, the lowest reading ever obtained on earth.

That record has stood for 30 years, but last week some results from NASA satellites indicate that even lower temperatures have occurred recently on a ridge emanating from Dome A, the highest point on the Antarctic plateau.

Ted Scambos at the National Snow and Ice Data Center in Boulder, Colorado, and colleagues reported to the 20,000 scientists gathered at the American Geophysical Union meeting in San Francisco that a reanalysis of 32 years of satellite data show a minimum of -93.2C on 10 August 2010, almost equalled by -93.0C on 31 July 2013.

While these measurements aren’t official records since they were not made with instruments at the regulation 2m height above the ice, it is very likely that they point to regions in Antarctica that do occasionally beat the old Vostok record.

Interestingly, there is an Australian connection to these coldest places on earth, and not just because they (and Vostok) are in the Australian Antarctic Territory, an area three-quarters of the size of Australia over which we claim sovereignty.

The connection is an Australian-operated astronomical observatory, which is the closest object to the coldest point (see the map below). There is a good reason for this apparent coincidence, as I explain below.

The observatory is called PLATO-R and has been operated by UNSW since 2012 to support the world’s most sensitive terahertz telescope, somewhat ironically called HEAT, for High Elevation Antarctic Terahertz telescope.

We chose this location because terahertz signals from the stars are strongly absorbed by water vapour in Earth’s atmosphere. To see them, you have to go to the driest location possible. The simplest way to produce dry air is to cool it down until all the water vapour falls out as snow.

This is precisely what has happened at Ridge A over millennia. In fact, our telescope is sitting on an ice sheet that is over 3km thick, all of which has been refrigerated out of the sky by the cold temperatures.

To read about our first trip to Ridge A, see my earlier series of articles at The Conversation. Our first servicing mission in January 2013 was illustrated with superb images by Geoff Sims.

HEAT has been operating for two years now, and is exploring regions of star formation in our galaxy. Over the next month, a team of four people will be dropped by Twin Otter aircraft at Ridge A, and will be preparing HEAT and PLATO-R for another year of data-taking.

Michael Ashley is Professor of Astrophysics at UNSW.