Opinion Carbon capture and storage — reality or still a dream?

Carbon capture and storage is not even close to being a commercial prospect and may even increase net CO2 emissions, writes Stephen Bygrave. 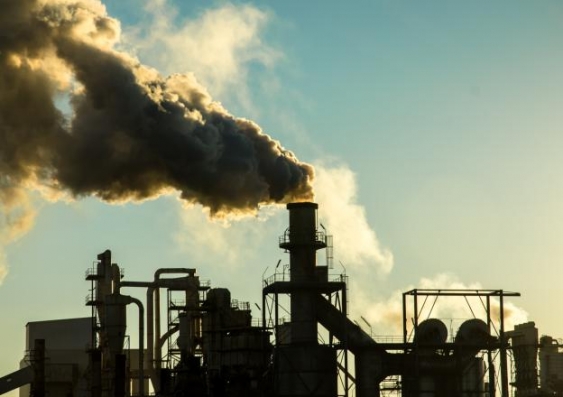 OPINION: To have any chance of avoiding dangerous climate change we’ll have to reduce the carbon emissions from our energy sectors — currently the largest human source of greenhouse gas emissions globally. And we’ll have to do it quickly.

Renewable energy is one solution. But given ongoing debate about supplying enough energy for a growing population, and replacing old fossil fuel energy generators, options such as carbon capture and storage have been hailed as another.

Recently the largest carbon capture and storage program yet began operation at SaskPower’s Boundary Dam project in Saskatchewan, Canada. The project retrofitted a 138 megawatt coal power station into a 110 megawatt station, and is expected to capture 90% of the carbon emissions produced through burning the coal.

Carbon capture and storage, or CCS, gained attention as far back as 1995, when the Intergovernmental Panel on Climate Change speculated that yet-to-be-developed CCS technology might be applied to large fossil fuel generators.

The Canadian project demonstrates that the technology can be used, but we now know it comes at considerable cost, and may not even reduce overall carbon emissions.

Many of these issues have been presented in a CCS Information Paper by Beyond Zero Emissions, of which I am the CEO.

The rationales supporting CCS include the technical, economic and political obstacles in the transition to a zero carbon energy system such as one reliant on renewable energy.

From a physical construction point of view, replacement of existing emission intensive generation capacity, on top of the additional capacity required in developing economies, is a daunting prospect. Particularly when considering the ever tightening time-frame for change for preventing dangerous climate change.

In addition, a political minefield awaits the regulated obsolescence of a large utility asset portfolio of mixed public and private shareholders as greenhouse gas emissions cease to be ignored.

It’s no wonder that the possibility to adapt these assets to operate without emitting carbon dioxide invites temptation — a circuit breaker of sorts.

The Canadian CCS project will use the captured carbon to help extract crude oil. This is partly to offset the cost of capturing carbon, but what does it mean for carbon emissions?

The CO2 injected into oil-bearing rock mixes with the oil and allows that oil (now mixed with CO2) to move to the surface, via wells, for recovery.

After separating the CO2 from the recovered oil, CO2 (valued by the industry between US$25-$40 per tonne) is cycled back into the ground again and again.

Nearly all of the oil will be burned to produce 0.6 to 3.4 tonnes of CO2. Therefore, the ratio of CO2 stored to CO2 released due to oil burning ranges from 0.6-to-1 to 3.4-to-1. That’s either slightly climate-positive (with an overall storing of carbon) or very climate-damaging (with carbon released overall).

In order to maximise profit, oil producers will inevitably target the most climate-damaging reservoirs where the greatest amount of oil can be recovered by using the least amount of CO2.

On top of emissions from oil, in North America where most of the new CO2 injection activities are planned, any CO2 permanently stored is not expected to be monitored and verified. No legal mechanisms have been established. So in this case the permanent storage of any CO2 should be considered incidental.

High cost — for what gain?

So why use CO2 to retrieve oil at all? One reason is to offset to considerable costs of retrofitting the coal power station, and countering the 21% drop in power output.

The essential goal behind CCS is to preserve capital assets while transitioning to zero carbon emissions. But this argument doesn’t hold up under scrutiny.

This can come through devalued share holder capital from closing power stations early, or through additional investment for CCS.

In the case of the latter, the capital returns of fossil fuel generators renewed by CCS would be clipped by a wholesale electricity market in which renewable generation is already proving competitive. Any room in the wholesale market for price increases would be borne by electricity customers.

Additional investment not generating additional revenue dilutes returns, effectively consuming the pre-existing capital. Any shareholder of a company experiencing an unproductive equity raising is aware of this reality. The only capital preserved therefore would be the balance of existing and new capital – if any.

The Canadian CCS project is the first chance to test this point. A reported CA$1.35 billion(AU$1.56bn) including a CA$240 million government grant has been invested to retrofit the coal power station with CCS — converting 139 megawatts to 110 megawatts.

Compare this with the recent sale of the NSW owned MacGen to AGL — 4,640 megawatts for the sum of AU$1.5 billion. Clearly any attempt to refit Macquarie Generation with CCS would prove far more costly than foregoing such a sale value.

It is clear that it would be less costly to simply replace emission intensive generators — a cost that would be offset by avoided future fuel expenditure.

Quite aside from greenhouse gas emissions which CCS seeks to resolve, other problems remain with the continued use of fossil fuels.

Mine site land-use conflict with agricultural production and protected areas of bio-diversity, fire risk of exposed flammable material, combustion waste solids and other pollutants not addressed by carbon capture, as well as water intensity of thermally inefficient generators to name but a few.

It must be questioned why infrastructure which entails such significant external costs would be adhered to so determinedly, even if CCS could be proved as a slightly commercial proposition.

When it’s clear that CCS is not even close to a commercial prospect and when net CO2emissions may actually increase when combined with oil recovery we must accept reality and swiftly move on to proven and affordable solutions to reducing carbon emissions such as renewable energy, energy efficiency and reforestation to name but a few.