Carbon dioxide levels have risen above 400 parts-per-million, but geoengineering is no alternative to reducing emissions, writes Professor Steve Sherwood. 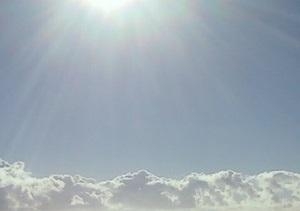 Measurements in the skies over Hawaii show carbon dioxide levels have reached a milestone. J.S. Nawati

OPINION: The carbon dioxide concentration in the atmosphere has finally crossed the 400 parts-per-million mark. The last time that happened was 3-5 million years ago during the Pliocene epoch, several million years before the evolution of modern humans.

During this period the planet was 3-4 degrees warmer and sea levels 5-40m higher than today. Now, however, our activities are adding this gas hundreds or thousands of times faster than the natural sources that caused climate to change over Earth’s history.

The concentration is measured at the Mauna Loa observatory in Hawaii, and is averaged on a daily, weekly and monthly basis. CO2 has increased since 1800 from under 300ppm, and has rapidly increased since 1950.

So what should we be doing about this? One idea is starting to get a lot of attention. Instead of reducing carbon emissions, let’s tinker with the system to cool the planet off – a type of geo-engineering.

For example, we might be able to lower the temperature of the planet by several degrees by flying a small fleet of aircraft in the stratosphere, spraying sulphur-containing gases. This would form a mist that reflects some sunlight back to space – maybe enough to offset many decades' worth of greenhouse gas emissions, at least as far as the global temperature is concerned.

If only it were that simple. Geo-engineering is not a miracle cure for climate change. It is more like a tourniquet. It may save the patient’s life as a last option, but that life will never be the same.

Recent studies, including this one published last week, and to which I contributed, show that carbon dioxide from fossil fuels would alter our world in ways that have nothing to do with global warming at the earth’s surface. Carbon dioxide affects climate by itself, and without its warming influence.

Sound strange? CO2 does this by interfering with natural energy flows within the atmosphere. This in turn affects how the air circulates, and shifts rainfall patterns.

It also reduces total global precipitation. While the overall change in precipitation is less than that caused by global warming, the regional shifts in precipitation are comparable. In short, some areas that were used to lots of rain will likely get less. Others will get more.

What does this mean? A few isolated skeptics claim that our climate has strong negative feedbacks. Instead of temperature increasing indefinitely, changes in climate like increased cloud cover may act to cool the planet. Even if these far-fetched claims proved correct on a large scale, the new studies now show that humanity’s carbon dioxide emissions would still alter global rainfall patterns, albeit less severely.

Negative feedbacks, even if they existed, would not stop this. Neither would artificial cooling of the planet.

This new effect adds to the list of drawbacks already associated with artificial cooling plans such as the one involving aircraft sprays into the stratosphere.

Such plans leave carbon accumulating in the system and acidifying the oceans. These geo-engineering solutions probably could not cope with the massive amounts of carbon dioxide released if all recoverable fossil fuels are burned.

Still worse, artificial cooling increases the risk of even greater harm. It would have to be sustained annually for a century or two until enough of the carbon dioxide had finally seeped into the ocean depths. If artificial cooling were interrupted by war, economic collapse, or some other crisis, nearly all of the pent-up climate change would be unleashed in the space of a few short years, hitting some future generation when it is already struggling.

There are ideas around to actually remove carbon dioxide from the atmosphere. These would be great if they worked, but to me they look like impractical pipe dreams. Artificial cooling is by contrast cheap, relatively feasible and, to some, tempting.

We should resist this temptation. You do not apply a tourniquet to a man’s leg if, with a bit of extra effort, you could get him to a hospital and save the leg. Bringing down carbon emissions is a matter of rolling up our sleeves and choosing to do it. For this generation to say, “we can't” would be a sad admission of failure for a civilisation that has achieved so much.