Introducing a draft bill to remove the carbon tax is a symbolic first act of parliament for Prime Minister Tony Abbott but he faces a rocky road in getting a deal done, writes Donna Green. 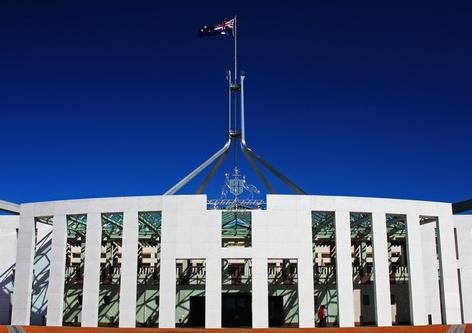 OPINION: The Coalition will introduce its draft bill to repeal the Clean Energy Act into parliament next week. The bill would effectively remove the current carbon tax and its planned replacement, an emissions trading scheme.

For prime minister Tony Abbott, this is a deliberately symbolic first act of parliament to set the direction for the years to come - much like Kevin Rudd’s symbolic gesture almost exactly six years earlier, when his first act as prime minister was to ratify the Kyoto Protocol.

Included in the repeal is the abolition of the Climate Change Authority, which was the “outside of government” agency set up to advise on carbon pricing and climate change policy options, including emissions reduction targets.

In addition to the repeal, Abbott has also stated that within the first sitting fortnight of parliament, he will direct the finance department to prepare legislation to shut down the Clean Energy Finance Corporation, the fund dedicated to investing A$10 billion over five years in almost market-ready clean energy technologies. Set up under Labor, the fund has said it will continue working on new investments, despite repeated requests from the Coalition, saying it is required by law to keep doing so.

Taking away the bluff and bother, what’s actually likely to happen? Are we likely to see a deal done on the carbon tax repeal in coming weeks, or are we headed for a double dissolution election?

No deal with Labor

After putting out mixed messages about its position for most of last week, it now looks like Labor will stick to its pre-election position on carbon pricing.

Opposition leader Bill Shorten announced his frontbench had unanimously voted to oppose the government’s carbon tax repeal, unless it included a move to an emissions trading scheme as quickly as legally possible - on July 1, 2014.

Only with this amendment, along with an amendment not to abolish the Climate Change Authority - both of which run counter to the Abbott government’s policies - Labor said it would support the repeal.

With those conditions, Labor has hit the ball back into the Coalition’s court.

Facing a new pup in the Senate

Significantly, securing an amended repeal with Labor prior to July 1 next year - when the new Senate is sworn-in - could be of enormous benefit to Abbott. This would avoid an early showdown with Clive Palmer’s Palmer United Party (PUP).

Abbott knows Palmer holds the cards in the new Senate - something Palmer has gleefully stated that he plans to exploit for all it is worth.

For example, Palmer’s current position is an insistence on retrospective carbon tax refunds for past years’ payments – such a request setting an impossible precedent that it could not be conceded.

If Abbott wants to try and get more political mileage out of his “axe the tax” agenda by refusing to accept Labor’s amendments, he does have options.

Between now and July 1 next year, Labor and the Greens control the Senate, and neither of them plans to make it easy for the government to scrap a carbon price.

As reported last month, the carbon tax repeal legislation has been deliberately designed to give the Abbott government a trigger for a double dissolution election within 12 months. For that to happen, the same bill must be rejected by the Senate twice, with three months in between each rejection.

A double dissolution could backfire as a political stunt. If the Coalition manages to trigger one, they may win the carbon tax battle, but they could easily lose on a number of other fronts.

Microparties are likely to be the main winners from a double dissolution due to the lower quota required for election to the Senate - and increases in microparties are most likely to encroach into Coalition territory. It would also be deeply unpopular with the Australian public, and legally it is likely to be challenged by the incoming senators.

Abbott, of course, is wise to this. However, there is another mire he needs to traverse.

If he decides to wait until the new, more Coalition-friendly Senate is sworn in from next July, it would force him to take on a whole other set of risks.

Without a repeal before a new financial year starts, savvy industries that are due for free “permits to pollute” will have traded them in for cash after just a few months. In one assessment, the price for straying into the new compliance year could cost the government around $3 billion.

Environment minister Greg Hunt has alluded to using his powers to change regulations in order to avoid that situation occurring. Given regulatory change doesn’t need to pass the Senate - it just needs not to be vetoed - it would be a brave senator who would allow their name to be associated with blocking legislation to permit large corporations to gain windfall profits.

All these areas of regulation are extremely complicated, unclear and untested. In reality, it seems that Abbott will have to make a deal with the devil in the form of either Labor or Palmer - so it looks like a case of who is prepared to blink first.

Dr Donna Green is a senior lecturer and researcher in the UNSW Climate Change Research Centre.