An evening of science and humour with some of the world’s top online science communication celebrities – including Facebook phenomenon, Elise Andrew – will be a highlight of National Science Week. 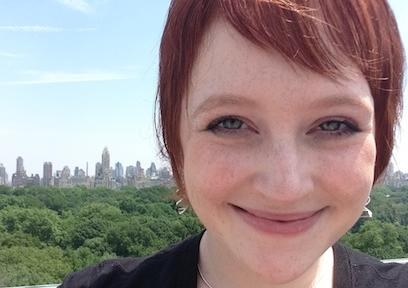 An evening of science and humour with some of the world’s top online science communication celebrities – including Facebook phenomenon, Elise Andrew – will be a highlight of National Science Week.

UNSW will also host leading Australian scientists and engineers at a Science Academy Night in the Scientia Building on Wednesday 14 August. UNSW scientists will discuss their research with school students at the Australian Museum Science Festival, and a Science Trivia Night will be held in the Roundhouse on Friday 16 August.

She has since attracted more than 6.4 million “likes” with her clever combination of new discoveries, bizarre facts, eye-catching images and nerd humour – as well as a page name that is difficult to ignore.

Attesting to her popularity, the 700 tickets to IFLS Live! - the event she is co-hosting at the Powerhouse Museum on Monday 12 August with Sydney physicist, Derek Muller of Veritasium YouTube  channel - sold out in minutes.

UNSW Science is a primary partner of the IFLS Live! event, which is organised by ScienceAlert, a popular Australian science website and Facebook page. UNSWTV will host exclusive footage of the party and interviews with the online celebrities.

The popularity of IFL Science shows social media can transform the communication of science, says Professor Crossley, Dean of Science at UNSW.

“Through YouTube, blogs, Facebook, Twitter and Google Hangouts scientists, and science communicators, can engage directly with a new and rapidly growing audience.  And by producing accurate and fascinating material they can inspire a new generation of scientists as well as help counter some of the scientific nonsense circulating out there,” he says.

The science message is out there, so how do we get people to listen?