Opinion Closing the gap between science and business

Science and business have more in common than some may want to admit, but it is the differences that make collaboration worthwhile, writes Merlin Crossley. 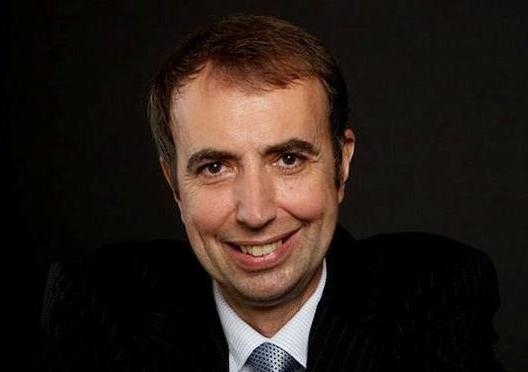 OPINION: In the 1950s, scientist and novelist C.P. Snow wrote a famous essay, “The Two Cultures”. He lamented the fact that those who were interested in knowledge worked in either the sciences or the arts, but not both.

Snow talks about scientists who ‘tried a bit of Dickens’ but struggled, and he regrets that many highly intellectual writers would be unable to define terms such as mass and acceleration.

His work triggered some interesting responses. One suggestion was that his essay should have been called “The Three Cultures”. It isn’t completely clear what the third culture would be but later he wrote about the gulf between pure science and applied science; put another way the gap between science and industry, or science and business.

If universities face a challenge today, I think this gap is it. But things are improving.

Three developments have helped: a convergence of cultures; new approaches to intellectual property; and a growing history of engagement at the institutional and individual level.

The convergent cultural aspect is rather simple. It is that, to the regret of many, universities have become more and more business-like. Many universities now operate as not-for-profit businesses, as opposed to being part of the public service.

Years of tight funding have driven efficiencies and stimulated revenue raising strategies. The profits have been ploughed straight back into the universities, as each one strives to move up the ladders – in terms of its research performance or in terms of the various (somewhat more complicated) measures of teaching excellence and student satisfaction.

As new universities have formed the world over, the global competition has intensified.

There are now very few ivory towers, where staff idle away their summer holidays with the security of tenure. Staff compete to get papers published, they compete for research grants, and they strive to teach well and attract the strongest students to work alongside them on their research projects.

At a university level, the demand-driven system allows institutions to compete for domestic student enrolments, just as they have been squaring off for international students for many years.

It is true that, unlike many start-up companies, few universities have yet gone to the wall, but the pressure to perform at an individual level is high, whether you are an academic or an administrator.

The fears that the Orwellian imports would cause the death of academia appear to be exaggerated. The new terminology sits comfortably as a sometimes intriguing addition to the rich existing terminologies and the bewildering private acronyms that already populate university campuses. In fact, the good side of adopting this common language and accepting the relentless daily competition is that university staff now share these things with those who work in private companies. I think this has made relationships with industry partners much easier.

The second big change, the approach to intellectual property, involves something of a balancing act.

Handling IP has not been easy. Over the centuries, IP has generated vast and very real wealth – production of IP, or intellectual knowledge, is amongst the things (alongside well-educated students) that universities are meant to do – so one doesn’t necessarily want to give it all away. But on the other hand, universities’ attempts to live off their IP have only rarely been successful.

There have been some great successes – some blockbusters. One thinks of Ian Fraser and the University of Queensland’s Gardasil vaccine. But many universities spend more on IP protection than they make. Technology transfer is an important role of universities but protecting all IP, at all costs, has many downsides.

For this reason, several universities have adopted an easy access IP model. This was pioneered by Dr Kevin Cullen when he worked in Scotland and he has introduced it at New South Innovations, the technology transfer company associated with UNSW. Many other institutions have now adopted this model.

The idea is to give most IP away for free and seek to establish positive industrial partnerships. There are three simple conditions: the university retains the right to continue teaching and researching in the area; if the IP leads to a successful product, the company will acknowledge that the university was the source of the idea; if the IP is not developed in an agreed upon time frame (usually three years) the university may reclaim it so it can be offered to others.

The idea here is to do what universities have always done – generate and transfer knowledge for the public good.

But the easy access model doesn’t mean that all IP will be given away. In some cases, the university may sense a blockbuster is on the horizon and choose to protect the IP through conventional means. This would be rare, however, so legal costs and negative negotiations are reduced.

In some cases, the university may make an incorrect call and give away valuable IP but that is something most academics and the university management have chosen to accept. The contribution to society and the positive publicity from a functional industrial relationship will just have to compensate us for any lost royalty revenue.

In this context, it is interesting that many universities have also decided to give away certain courses, as massive online open courses (MOOCs), again presumably to obtain intangible rather than tangible benefits. UNSW is doing this in partnership with Coursera.

The third advance in bridging the gap – the growing history of engagement – reflects concerted policy efforts by governments and individual universities to build formal and informal research partnerships. Schemes such as the Australian Research Council Linkage Grants, where industry partners and the federal government both make a contribution to the cost of projects, have been important in encouraging academics and industry to seek out partnerships.

The Cooperative Research Centres (CRCs) have also facilitated contact between universities and multiple industry partners. Views on CRCs have been mixed. Critics point out the high administrative costs and large collaborative umbrella networks under which mediocrity can hide. But some CRCs have been spectacularly successful and have made genuine contributions to science and society.

The personal relationships that are formed through the ARC Linkage and CRC schemes, as well as conventional contract research systems, can facilitate future collaborations. To maximise the relationships, the faculty of science at UNSW has appointed professor Veena Sahajwalla associate dean for strategic industry relations. The university also has well-established faculty advisory councils to further promote network building and collaboration. The creation of the Michael Crouch Innovation Centre, supported by an important philanthropic gift, will be another step in facilitating the translation of science through business.

We also offer a degree called the bachelor of science and business, which brings staff together across faculties and also contributes to creating a culture of interdisciplinary achievement.

So the pathway to closer collaborations between universities and industry is becoming more clear and one hopes that these two cultures will work together more and more.

We must never forget, however, that the most important collaborations are those where each partner offers a different and distinct capability. Universities are like businesses but they do not provide dividends to shareholders and they enjoy taxpayer funding.

Their research role is to explore, sometimes probing very deeply over long periods of time in an attempt to answer not the questions of today but the questions of tomorrow or to establish new empires of knowledge. Universities are there to do things, including long-term projects, that the market system is not likely or able to support.

Successful businesses, on the other hand, have to produce products for today, as well as plan for the future. Businesses have to keep one step ahead of their ever-present competitors, so time and short-term outputs are important.

We are different but working together can help us progress. Most importantly, it can provide opportunities for our students to trial possible careers, for businesses to recruit suitable students, and for staff in both kinds of organisations to assess empirically the side of the university/business fence where the grass is greenest and their talents are best suited.