Opinion Clueless and careless about the environment

Our future depends on the environment providing what we need, but it is still regarded as a magic pudding, with policies for development of natural resources outweighing those to protect them, writes Richard Kingsford. 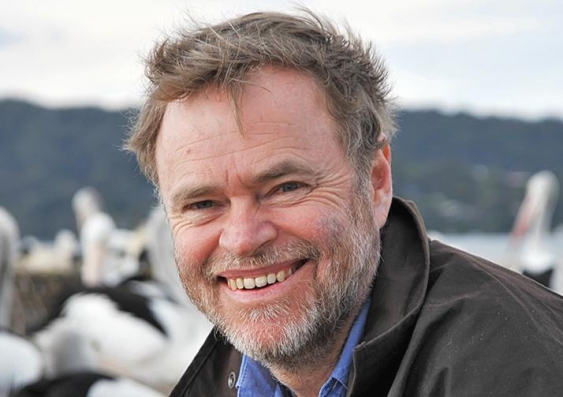 OPINION: Our future depends on the environment providing what we need, but it is still regarded as a magic pudding, with policies for development of natural resources outweighing those to protect them, writes Professor Richard Kingsford.

There is a yawning gap between scientific understanding of our environment and public policy, and it is not just confined to climate change, where long-term benefits of effective policy are a casualty to debate about short-term costs.

Part of the problem may be the relatively poor representation of science in the halls of power.

I examined the background of all 820 or so politicians in our federal, state and territory governments, and of those with a degree - just over half of them - nearly 80 per cent have an arts, economics or law degree. Only about 5 per cent of all politicians have a science degree.

This pattern was reflected in cabinet and shadow cabinets - only one environment minister possesses a science degree.

Environmental issues are increasingly complex, requiring understanding of the long-term trade-offs between development and environmental sustainability. Even experienced conservation scientists find these problems challenging. How well do the backgrounds of our politicians equip them to decide the future of our environment?

Scientists, as well, have a responsibility to get more involved in influencing decision-makers.

Our species is having an impact on every part of this planet. We are rapidly running out of wild areas and our environment is straining under the pressure.

Our future ultimately depends on the ability of our environment to provide what we need. Unless we redress the balance between natural resource development and protection, our environment will continue to crumble.

Australia's biodiversity is in crisis. While quality of life continues to improve - second only to Norway, according to the United Nations - the health of our environment continues to decline alarmingly.

We read of 80-centimetre sea-rise warnings and the temperatures heating up 5 degrees Celsius. Yet it is hard to imagine environmental issues will get much air time during the election, beyond a ''yes'' or ''no'' argument over the carbon tax.

The environment is still seen as a "magic pudding", somewhere you can easily establish new agriculture, develop more rivers, clear more land, dig another mine or establish a new fishery in the vain hope that once a resource is depleted, another will magically be found. The reality is that Australia has the world's worst extinction record for mammals and there is no sign of a slowdown, with widespread losses across the north of the continent.

Coral cover on the Great Barrier Reef - the precious capital that supports fisheries and a billion-dollar-a-year tourism industry - has half-disappeared within our lifetime, and the future looks grim.

The yin and yang of environmental sustainability are, fundamentally, about government policies for environmental protection versus natural resource development. At present, the yin is under pressure and it is foot to the floor on the yang. Even the sacred cow of conservation, the national park, is under sustained attack.

The Victorian government has opened the way for hotel development in national parks. The Queensland government is making national parks available for emergency cattle grazing in the drought, exposing this miserly 4 per cent of the state to degradation, while the NSW government is considering opening them up for recreational hunting.

On the river front, conservative state governments distanced themselves from the Murray-Darling Basin plan, withdrawing much-needed resources. Queensland is busily opening up rivers in the Gulf of Carpentaria for irrigation.

The latest front is "relaxation" of land-clearing legislation in Victoria, NSW and Queensland. This will make it easier to get rid of native vegetation, even the relic, giant trees in paddocks that provide the only stepping stones between areas of bush for many birds and other animals.

As the federal election draws close, the rhetoric is all about business opportunities and presumably growing a "big Australia", with no discussion of the consequences for the environment.

The two major parties are committed to making northern Australia the "food bowl of Asia", bringing inevitable impacts to one of the most biodiverse regions of the world. New intensive agriculture means clearing native vegetation and taking water from rivers. Dams will have to be built, which will effectively cripple rivers, not to mention degrade estuaries and dependent fisheries.

In June, the NSW government released its upper house inquiry into the adequacy of dams. Most recommendations point away from the environment, providing fertile ground for a potential federal Coalition policy to build 100 dams for $30 billion.

We so quickly forget that dams were the main reason the Murray-Darling Basin was brought to its knees, which cost more than $12 billion to half-fix.

Professor Richard Kingsford is director of the Australian wetlands, rivers and landscapes centre at UNSW.