UNSW scientists hope to unlock the secrets of millions of marine microbes with the help of an international team of volunteers sharing their spare computer capacity to create a research “supercomputer”. 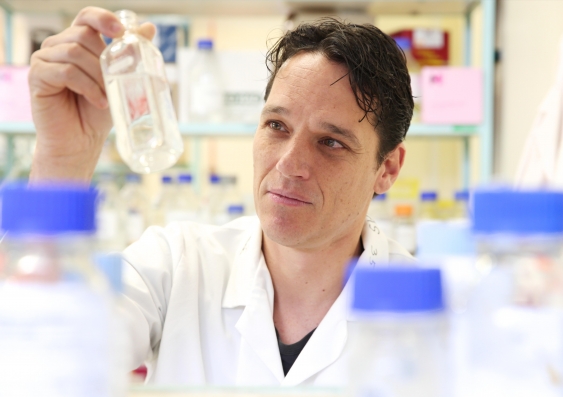 UNSW scientists hope to unlock the secrets of millions of marine microbes from waters as far apart as Sydney’s Botany Bay and the Amazon River in Brazil, with the help of an international team of volunteers sharing their spare computer capacity to create a research “supercomputer”.

The project, co-led by UNSW’s Associate Professor Torsten Thomas, has the aim of making 20 quadrillion – or twenty thousand million million – comparisons of genes from a wide variety of tiny life-forms that are invisible to the naked eye.

“Microorganisms rule the planet. Without bacteria and other microbes, life on Earth would very rapidly cease,” says Associate Professor Thomas, of the UNSW School of Biotechnology and Biomolecular Sciences and Centre for Marine Bio-Innovation.

“But we know very little about them. Scientists have studied less than 1 per cent of microbial diversity around the globe. Valuable discoveries await us if we can learn about the remaining 99 per cent.”

The Uncovering Genome Mysteries project is hosted on IBM’s World Community Grid. In the past decade more than 670,000 people have volunteered their spare computer capacity to the grid, creating a virtual supercomputer that carries out scientific research around the clock.

“Anyone with a computer, smartphone or tablet can join and help to give us the computational power to carry out our microbe research,” says Associate Professor Thomas, who heads the project with Dr Wim Degrave of the Oswaldo Cruz Foundation in Brazil.

With enough volunteers the project could be completed within months. By comparison, it would take 40,000 years for a single PC to make 20 quadrillion computations.

Microbes are vital to sustaining life on Earth, producing half of the oxygen we breathe, soaking up carbon dioxide and recycling nutrients. They control many processes involved in human health, food production and industry and are used to develop drugs and clean up pollution.

Microbes are too similar in appearance and too numerous for scientists to study them individually. So they use an approach called metagenomics, in which the genetic sequences of all the organisms in an environmental sample are determined, and then compared with all known genes.

“A teaspoon of water can contain millions of microbes and each organism may have thousands of genes. By studying this natural treasure chest we will learn more about the role microbes play in shaping the health of our planet and the functions of millions of microbial genes,” says Associate Professor Thomas.

“These valuable insights could have a wide range of applications, from helping develop new medicines to harnessing new sources of renewable energy, cleaning the environment and creating green industrial processes.”

Members of the community wanting to be part of this research can sign up to donate their idle computer time to IBM’s World Community Grid at bit.ly/anz-wcg