Any big cuts to the CSIRO's budget put at risk the fundamental research that is critical for future innovation, writes Ben McNeil. 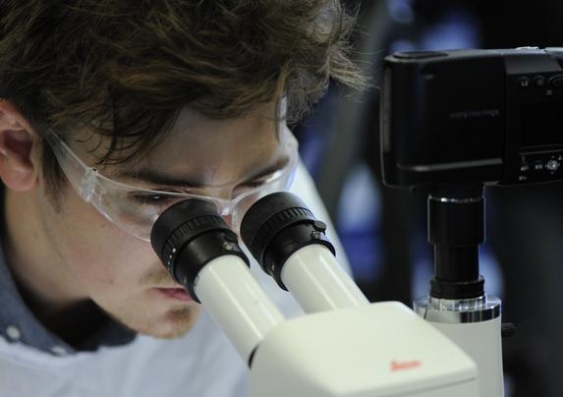 The Commonwealth Scientific and Industrial Research Organisation (CSIRO), Australia’s national science agency, is said to be preparing for cuts of up to 20% of government funding – that’s around A$150 million – in the coming budget.

This figure is based on a worst-case scenario modelled by senior executives at the organisation.

Around 60% of the CSIRO’s funding is from the government, and any cuts would be further compounded by the organisation’s 700 job losses in the space of only a year.

The Federal Government has not commented either way on any possible CSIRO cuts but while reducing funding might help balance the Coalition’s books in the short term, where would this leave Australia in the long term?

The biggest ramifications of the cuts would likely flow through to fundamental research and long-term measurement programs, whether in astronomy, energy systems or oceanography.

Big ideas such as Google or Facebook only exist as a consequence of long sustained investments in basic research from government agencies such as the CSIRO, which came up with technologies such as Wi-Fi.

Even before these big cuts (if they go ahead as feared), governments have become more impatient and fickle with research laboratories who don’t provide short-term output and applications for industry.

Canada’s equivalent to the CSIRO, the National Research Council (NRC), has been transformed by Prime Minister Stephen Harper to be a “business-led” research organisation, with fundamental research cut dramatically.

Government science agencies such as the CSIRO are invaluable because governments can provide long-term funding certainty for critical research, without needing the short-term revenues required by industry.

Basic, fundamental research sounds wasteful and frivolous to certain politicians, but in fact is critical for future innovation in Australia, particularly given the recent downturn in traditional industries such as car manufacturing and mining.

Astrophysicist John O’Sullivan, who developed Wi-Fi at the CSIRO in the mid-1990s, wasn’t a particularly successful scientist in the 1980s. He was supported for years to search space for black holes, without any obvious benefit to society in the short-term.

But his research, funded by the CSIRO, was curiosity-driven, something that is already in the firing line for cuts from the government.

O’Sullivan never found those black holes, but in the course of his search developed a technique that revolutionised wireless communications – the modern standard of Wi-Fi we use today.

Hundreds of millions of dollars flowed back to the CSIRO from licenses and royalties – until they expired last year – which came from an initial investment into a little understood space phenomenon.

A move to short-term gain

Like government research agencies overseas, the CSIRO has been slowly morphed into less about big discovery and more about short-term political outputs and being an industry research consultancy.

Any further cuts will accelerate the decline of those many research programs that don’t have short-term industry-based revenue supporting them. That means that long-term fundamental research so important to the cycle of innovation will likely be squeezed even more than it already has.

Just like O’Sullivan’s failed detection of black holes, groundbreaking scientific discoveries most often come from passionate and curious scientists asking obscure questions about the world over a sustained period of time.

The moment we tie short-term political, economic or social goals to science is the moment we ensure we’ll slow down finding those momentous future breakthroughs that science has brought us.

It is a paradox, but one that the government needs to understand before cutting big budgets out of long-term fundamental research programs at the CSIRO.