Research revealing that genetic sequences once considered as "junk DNA" can regulate cancer genes could lead to the development of new cancer drugs to re-activate tumour suppressor genes. 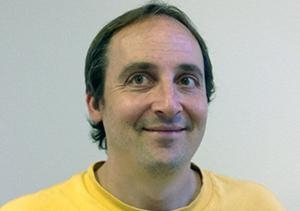 Research revealing that genetic sequences once considered as "junk DNA" can regulate cancer genes could lead to the development of new cancer drugs to re-activate tumour suppressor genes.
Researchers led by UNSW's Associate Professor Kevin Morris have discovered a new mechanism,  which re-activate genes that have been switched off.
Many cancers occur when genes that suppress tumours are not functioning properly, allowing the cancer to grow unchecked.The study by the international team is published today in the journal Nature Structural and Molecular Biology.

It reveals how a tumour suppressor gene called PTEN, which is shut down in many cancers including skin cancer, is controlled. And it shows how DNA sequences long considered “junk” can influence disease genes.

“We show that there are multiple layers of complexity in the regulation of this PTEN gene, but also that it might be possible to switch it back on in cancer,” Dr Morris says.

The researchers hope this would make tumours more sensitive to chemotherapy and prevent the development of resistance to cancer drugs.

Less than 2 per cent of DNA in the human genome is made up of genes, which carry the blueprint for the production of proteins. Most of the other 98 per cent of the genetic code - known as noncoding DNA – was dismissed in the past as “junk”, because it does not make proteins.

Some short stretches of noncoding DNA are called pseudogenes, because of the similarity of their sequences to known genes.

Dr Morris, of the School of Biotechnology and Biomolecular Sciences in the Faculty of Science, says their research shows that a pseudogene regulates the activity of the PTEN tumour suppressor gene, and the “big deal” is that they found the pseudogene uses two different mechanisms to do this.

“This is the first time bimodal functionality of a pseudogene has been shown,” he says.

He says the exciting prospect is that small molecules could be used to de-activate the pseudogene in cancer. “When you knock out the pseudogene you get activation of the tumour suppressor gene, which would be a good thing.”

Co-author, Per Johnsson, of the Karolinska Institute in Sweden, says: “This means that we might one day be able to reprogram cancer cells to proliferate less, become more normal, and that resistance to chemotherapy can hopefully be avoided.”

Much more research will be needed before this approach is available for clinical use.

Although the work was carried out on just one gene, it could be applicable to many more.

“There is speculation now that there is one pseudogene for each gene,” says Dr Morris.

Last year researchers in the ENCODE public consortium showed that most noncoding DNA is active: it is transcribed into RNA molecules, although mostly of unknown function.

The team includes researchers from the Karolinska Institute and the Scripps Research Institute in the US.