Opinion Does offsetting make up for habitat loss due to mining? 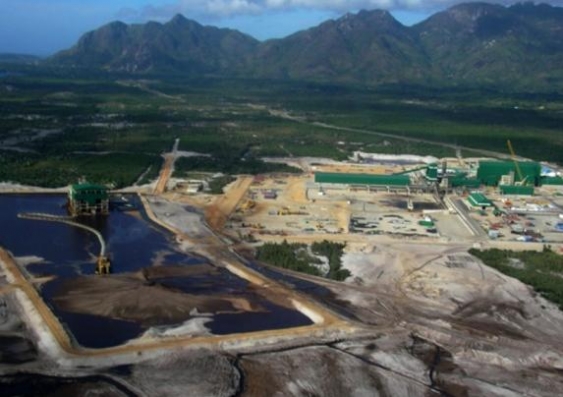 OPINION: “Biodiversity offsetting” – protecting animals and plants in one area to make up for negative impacts in another – is increasingly used by companies such as mining firms, as a way to boost their corporate responsibility and prevent ethically-minded investors from defecting.

But in most cases these schemes are not delivering the intended benefits, as my research in the Journal of Environmental Management shows.

The most prominent biodiversity offset projects are underpinned by poor science when it comes to quantifying losses and gains – despite claims from the Business and Biodiversity Offsets Programme, a collaboration of industry, banks and government agenies, that the process is “transparent” and “science-based”.

Offsets are already an option of last resort in places where damage cannot be avoided, minimised, or repaired at the site.

Mining opportunities are very difficult for host countries, both rich and poor, to pass up. If the damage is truly to be offset, we need to make sure the process works properly.

This is true in the case of Rio Tinto’s program in Madagascar, off the coast of southeast Africa, where the company is mining ilmenite, used to produce titanium dioxide for paint. Its activities will remove more than half of a particular type of unique coastal forest. Around 1665 hectares will be affected.

Rio Tinto is attempting to offset this by conserving 6687 hectares mainly elsewhere – an area more than four times as large. But my analysis shows that the project will still result in a net loss of forest. As we shall see, what matters is not just the size of the project, but a host of other factors that influence whether it delivers an overall benefit.

The problem with just looking at the number of hectares involved is that this simplistic measure reveals nothing about the true benefits of the offset – how the project helps to conserve Madagascar’s lemurs, plants and other rare species.

There is a key consideration here: the concept of “additionality”. If the habitat at the offset site is under no threat of degradation, then protecting it does not achieve any extra benefit. You could preserve 1000 hectares of forest while 1 hectare is destroyed elsewhere, which sounds impressive. But if those 1000 hectares were going to stay standing anyway, all you’re left with is a net loss of 1 hectare.

Measuring additionality (the net benefit) is more difficult than you might think. This is because it involves projecting a future scenario that is to be altered and avoided through conservation efforts – very difficult to measure directly without the use of a time machine. For these reasons, the assessment of additionality needs to be made in a way that is transparent and scientifically defensible.

Say a company is about to restore 1000 hectares of forest over the next 50 years. To measure the net benefits, the company would need to deduce from its calculation the passive restoration that may have occurred for different key biodiversity attributes without any offset investment.

This problem is even more acute when it comes to offsets aimed at avoiding a threat, rather than restoring wildlife. For example, how threatened is the forest, and how much did the offset investment actually avoid being destroyed?

In Madagascar, Rio Tinto did not take into account the fact that the potential deforestation its offsetting project aimed to avoid was partly inflicted by the company itself, through road-building, arrival of migrant workers, and other factors. So the claimed benefits of the offset included repairing damage that should have been fixed anyway.

The problem of leakage

Here’s another potential pitfall. Even if there is a net conservation benefit to the area where the offset project is carried out, these gains could be wiped out if the problem is simply displaced elsewhere.

For example, a local community that is excluded from a mining or offset site might then go on to exploit resources somewhere else. This problem is known as “leakage”. In the Rio Tinto case, leakage was not taken into account at all, which significantly compromised the reliability of their calculations.

What seems to be a relatively simple exercise turns out to be much more complex than we thought. The issues of additionality and leakage are poorly dealt with in existing biodiversity offset projects – and as a result, they are much less effective than they could be.

Another key question is whether the biodiversity gains are permanent.

After all, the impacts of a mining project can be considered permanent, so it’s only fair to expect that the compensation should be permanent too.

If it’s not – for example, if a forest restoration project fails or a conserved forest is cut down in the future – then the mining impacts have not been properly offset.

Then there is the question of how to measure the impacts at a mine site and the gains at the offset site.

Should we look at mammals, birds, reptiles, or plants? What if the two sites have different biodiversity? Is it possible to compare apples and oranges? Only if we have a way to measure the relative conservation significance of the apples and oranges.

In doing this, companies need to measure a range of things rather than rely on just one. Rio Tinto, for example, chose to measure only the vertical structure of the forest as an indicator of its intactness.

Yet when we measured more direct attributes in this case study, such as the plant or bird diversity lost as a result of mining, our estimate of the damage done by the mining was twice as large as the company’s estimate. For example, the total amount of habitat lost through mining could vary from 680 hectares using the vertical structure method, compared with 1480 hectares using plant diversity as a measure.

And if the conservation significance is measured, such as the number of local endemic species per area (meaning species that can only be found in a particular geographic area), then the habitat is simply so significant that it cannot actually be offset, because no other habitats in the landscape match it in significance.

A fair go for local communities

Biodiversity offsetting should not just be about protecting ecosystems. The approach should also be fair to local communities, not least because biodiversity is often the commodity of the poor.

Again, in the Rio Tinto case, the utilitarian value of the biodiversity to communities turned out to have a much higher conservation importance than was anticipated by the company. For example, the company’s 680 hectares measurement of habitat loss becomes 1396 hectares when calculated according to the amount of utilitarian plant diversity lost to local communities.

So, back to my initial question: do biodiversity offsets touted by mining companies actually work?

First, we should acknowledge that efforts by many companies – including first and foremost by Rio Tinto – in aiming to create a net positive biodiversity impact for all mining operations, is a laudable one.

But as the science of offsetting evolves, these companies need to keep up-to-date and develop better ways of quantifying the losses and gains. This will help them design ways to deliver biodiversity gains that are genuine, additional, permanent, and fair to local communities.

We’re not quite there yet, but when it happens, those companies will be well on the way to embracing true sustainability. Then we can feel less uneasy about investing in businesses that leave large footprints on the land.

Dr Malika Virah-Sawmy is a lecturer in Ecosystems Management in the UNSW Institute of Environmental Studies.

Addicted to growth – how to move to a steady state economy