Opinion Does thinking about professors make you smarter?

Studies have shown that thinking about "smart" words can make you perform more intelligently in subsequent tasks, and vice versa. But it's a contentious area of research, writes Ben Newell. 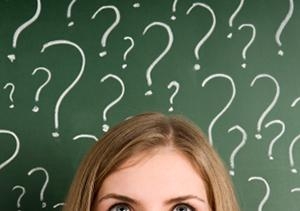 OPINION: What roles do unconscious influences play on your behaviour and decision-making? The answer might not be as simple as you think.

Imagine I showed you a list of words one by one on a computer screen and asked you to respond as quickly as possible to each one.

Imagine the word “bread” appeared, followed a little later by the word “butter”. It turns out that you’d respond more quickly to “butter” than if the preceding word had been something unrelated, such as “doctor”.

This decreased time to respond is known as semantic priming and the effect has been well-established in the cognitive psychological literature for decades.

One explanation is, simply, that presenting the word “bread” activates other related words in the mind making us respond more rapidly to “semantic associates” (words linked by meaning) such as “butter”.

Now imagine a different type of experiment in which I ask you to think about the word “professor”. I get you to write down all of the characteristics and qualities of a professor that you can think of in a five minute period.

Then I ask you – in an ostensibly unrelated task – to do a general knowledge quiz (for example, to answer questions such as: who painted Guernica?) Some research suggests you would get a better score on this general knowledge test if you’d just been thinking about professors than if I’d asked you to list the characteristics and qualities of soccer hooligans.

One possible explanation mirrors that of the bread-butter example. A concept is activated by the priming task – intelligence in the case of the “professor” prime; stupidity in the case of the “soccer hooligan” – and this influences the way we respond on the general knowledge quiz.

Not only that, but these conceptual priming effects occur, apparently, entirely outside of participants’ awareness. Proponents claim that participants have no idea that the “prime” (such as: think about professors) has any effect on their subsequent performance.

So, as Marvin Gaye sang so memorably, “What’s going on?”

Along with colleagues at University College London, I’ve been involved in a set of studies aimed at understanding these conceptual priming processes a little better. Our initial motivation was to examine whether these effects were indeed mediated unconsciously.

The role of unconscious influences on behaviour in general and decision making in particular has long been a contentious issue in psychology with firmly entrenched views. Part of the confusion arises from a misunderstanding of the nature of intuitionand what should be interpreted as an unconscious influence – as discussed in detail here.

But to return to the intelligence priming: awareness of the manipulation is crucial – if participants “know” they’ve been primed then they might adapt their behaviour accordingly. This is what we might call a demand characteristic of the experiment (whereby participants form an interpretation of an experiment’s purpose and alter their behaviour in line with those expectations).

Such intentionality on the part of the subject would make any changes in performance less remarkable and less newsworthy.

But our ability to investigate this hypothesis was stymied somewhat by our inability to replicate the intelligence priming effect. In nine separate experiments, with a total of 475 participants, we found no evidence to support the idea that thinking about professors makes you more intelligent.

In fact we found evidence supporting the “null hypothesis” of no difference between “intelligence” and “stupidity” primes.

Our findings were published last month in the open-access journal PLoS One and have created a little bit of a stir. We’ve since been accused by one of the researchers who reported the original intelligence priming effect of:

publishing sub-standard experiments [that are] harmful to colleagues, […] misleading to readers, and […] damaging to science.

We replied to this stinging critique and stand by our findings as casting doubt on the replicability of the intelligence-priming effect.

But the debate is sure to continue. Especially given that we are not the only ones to have challenged some high-profile findings in the conceptual priming literature.

At stake are two separate but inextricably-related issues.

1) Replicability. Reliable replication is important for any scientific discipline and something psychology – for better or worse – has been dealing with quite publicly in recent times.

Replication is necessary because it allows us to evaluate whether conceptual priming effects are false positives – that is, situations in which a researcher concludes (falsely) that an effect exists when in reality, it doesn’t.

2) A theoretical challenge. To what extent can behaviour be primed by factors outside of our awareness? There’s no doubt that “bread” primes “butter” but these effects are brief (of the order of seconds) and “low-level” (affecting speed of responding).

Explaining how longer-lasting primes (many minutes at least) affect higher level processing (general knowledge), all outside of awareness, requires a rather different conceptualisation of how the mind works.

Of course, if conceptual priming effects turn out not to be replicable then the theoretical challenge evaporates. At this stage it is still way too early to tell how the field will develop – but what is clear is that the debate about unconscious influences on our behaviour will continue and I am primed to participate!

Ben Newell is an Associate Professor of Cognitive Psychology at UNSW.

With thanks: Gratitude can win you new friends