While a strong El Niño is now less likely, a significant event is still possible as long as the eastern Pacific remains warm through August, writes Agus Santoso 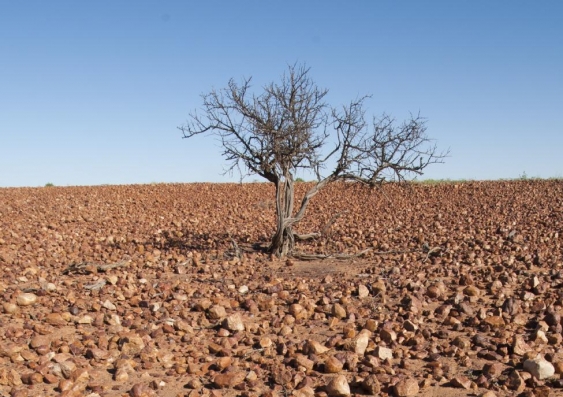 Opinion: It looks like it’s all over bar the shouting for the chance of this year bringing on a “super” El Niño. Or is it?

The Bureau of Meteorology has brought the odds of an El Niño event down to 50%, from 70%. Even if it hits, most authorities are forecasting a weak to moderate event. Not that this should make seasonal weather watchers any less wary. Even a moderate El Niño can significantly affect Australia’s rainfall.

But are we right to dismiss the chances of a super El Niño this early in the season? We have been caught out before. The second-largest El Niño event on modern record, which hit in 1982/83, developed rather slowly before rapidly picking up in late August.

There have been some recent signs that the development of El Niño conditions may be picking up again, so perhaps we shouldn’t write off a strong El Niño event just yet.

A prediction for a weak El Niño does not mean a strong El Niño is not a possibility.

How do El Niños form?

Before we go any further, we need to look at how El Niños come about. For an El Niño to be declared, the surface waters to the east of the Pacific dateline need to be substantially warmer than normal.

Generally the eastern Pacific is a cold and dry region. For this reason the air close to the sea surface tends to create a cool, high-pressure region (colder air is more dense).

To the west of the dateline, the sea surface and atmosphere are warmer. The rising air over the western Pacific creates a low-pressure region close to the sea surface.

To develop an El Niño, changes in ocean temperatures aren’t enough by themselves. The atmosphere must respond and in turn cause changes to the pressure zones above the sea surface.

The change in atmospheric circulation then amplifies the change in ocean temperature. This is what researchers mean when they talk about positive feedback between the ocean and the atmosphere.

These exact conditions emerged earlier this year. Instead of the normally west-flowing winds, three eastward-flowing wind events pushed heat, which was accumulating in the western Pacific, towards the east.

As a result, the amount of warm water across the Pacific Ocean — the fuel reserve for El Niño — increased rapidly, reaching a temperature just below that of the 1997/1998 Super El Niño. By May, warming of the eastern Pacific was well established. The Pacific Ocean looked primed for a potentially big El Niño.

But through June and July the waters in the central and eastern Pacific cooled — although they are still warmer than normal. This cooling was brought about by the return of strong trade winds. This led to a switch from a negative to a positive SOI in April.

At the same time, the volume of warm water across the equator decreased rapidly.

If these events persist over the next few months, we are probably on track for a very weak El Niño.

However, the latest update from NOAA indicates some anomalies have been weakening the easterly winds. The Southern Oscillation Index has changed again from positive to negative; the upper Pacific Ocean is warming, which could spread into the eastern Pacific over the coming months.

These are exactly the kinds of conditions needed to re-energise the growth of this year’s El Niño. Chaotic processes in the system can rapidly amplify this growth once the positive feedback kicks in.

Could 2014 match the strongest El Niños?

In fact, earlier this year the evolution was closely following the development of the 1997/98 super El Niño.

Despite the slowing down of this current event, the July average temperatures are still comparable to 1982. In particular, the SOI has also recently turned negative again — indicating a possible El Niño.

Although not as dramatic as this year, the 1982/83 event also showed a weakening in May to July. The 1982 anomalies then picked up rapidly to deliver the second-strongest El Niño in modern record.

While the current situation still favours an El Niño, could it quickly become a super El Niño like in 1982? The recent changes in temperature make it more likely, but we’ll have to keep watching to know for sure.

In April, the strengthening Pacific east-to-west trade winds coincided with warmer-than-normal sea surface temperatures around Indonesia (the Indo-Pacific region) and the tropical Atlantic.

Studies show that warmer temperatures in these oceans tend to strengthen the east-to-west trade winds — which works against the formation of El Niño. These effects are also demonstrated separately in two studiespublished last week in Nature Climate Change journal.

In 1982, with a building super El Niño, these regions were colder than normal. Recently, the equatorial Atlantic is no longer warm; in fact it is colder, which again makes El Niño more likely.

Some warming still lingers around the Indian Ocean but this pattern is only forecast to last until August and to return to a neutral state in spring.

While a strong El Niño is now less likely, a significant event is still possible as long as the eastern Pacific remains warm through August. This warming has the potential to overcome the effect of Indian Ocean warming, which would normally dampen the development of an El Niño.

Regardless how this pans out over the next month, it is important to be aware that a weak El Niño can still have a significant impact on Australia. Droughts and bushfires in Australia have been severe during moderate El Niño years.

Meanwhile our colleagues in the United States could finally get some rain in the drought-stricken regions along the west coast, a situation that will no doubt be welcomed.