The active ingredient in Viagra® could cause unusual visual responses in people who carry a common mutation for eye disease and leave detrimental long-term effects, UNSW researchers warn. 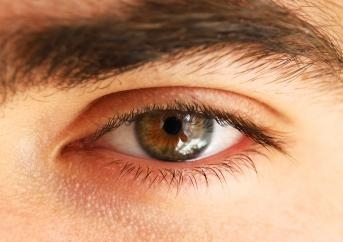 Sildenafil, the active ingredient in the erectile dysfunction drug Viagra®, could cause unusual visual responses in people who carry a common mutation for eye disease and may have long-term detrimental effects on their vision, UNSW researchers warn.

Sildenafil can inhibit an enzyme which is important for transmitting light signals from the retina to the brain, and it is already known from clinical trials of Viagra® that its use in high doses can cause transient disturbances in the vision of some healthy people.

“Side effects can include sensitivity to bright light, blurred vision and altered colour vision,” says Dr Lisa Nivison-Smith, of the UNSW School of Optometry and Vision Science.

“We are concerned that people who have normal vision but who carry a single copy of the mutant gene for the blinding disease, Retinitis Pigmentosa, could be more susceptible to these changes.”

A team led by Dr Nivison-Smith and UNSW’s Professor Michael Kalloniatis studied the effects of a single dose of sildenafil on normal mice and mice with a single copy of the mutant gene.

The results are published in the journal Experimental Eye Research.

They found the normal mice had a transient loss of visual function after sildenafil treatment, but this effect was heightened in the mice with the mutation, and the response lasted longer.

They also found early signs of cell death in the eyes of carrier mice, but not in the normal mice, suggesting sildenafil may cause degeneration in carriers of retinal disease.

“These finding are highly significant because about one in 50 people are likely to be carriers of recessive genes which cause retinal disease but are unlikely to know this, because their vision is normal,” says first author of the study, Dr Nivison-Smith.

The researchers are conducting further studies to work out the mechanisms behind long term effects of sildenafil on the eyes of carrier mice.

“A better understanding of the effect of this family of erectile dysfunction drugs could help scientists and clinicians plan more successful strategies to account for factors such as a patient’s medication and genetic makeup in diseases which cause blindness,” says Dr Nivison-Smith.

Retinitis Pigmentosa is the most common genetic disease which leads to blindness. It can be caused by a mutation in the gene that produces the enzyme PDE6. People with two copies of the mutant PDE6 gene get the disease, while carriers, with just one copy, have normal vision.

Sildenafil is part of a family of drugs which inhibit the enzyme PDE5, to treat erections, but they can also inhibit PDE6. This is likely to be a problem for carriers of a mutant PDE6 gene, because they produce less of the enzyme than normal.

To study the eyes of the mice, the team used a technique called electroretinography, which measures the electrical signals of cells in the eye when they are activated by light.