Inspired by Sir Douglas Mawson’s Antarctic expedition almost exactly a century ago, two UNSW Scientists have set off on a modern-day voyage to retrace the route taken by the Australian scientist and explorer. BLOG 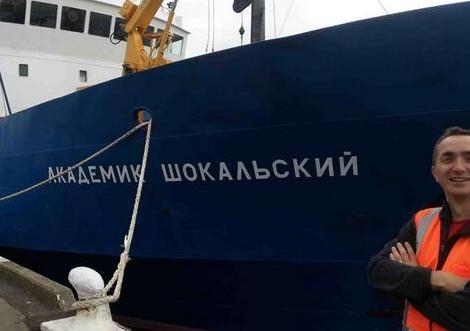 Inspired by Sir Douglas Mawson’s Antarctic expedition almost exactly a century ago, two UNSW Scientists have set off on a modern-day voyage to retrace the route taken by the Australian scientist and explorer.

Professors Chris Turney and Chris Fogwill, from the UNSW Climate Change Research Centre, are leading a privately funded team of 48 women and men, including members of the public, in the Australian Antarctic Expedition to traverse, reproduce and extend Mawson’s experiments and observations that he conducted during the Heroic Age of Antarctic Exploration.

“The expedition aims to recapture the excitement of scientific exploration by visiting what remains a remote region to Australia. By using the latest satellite technology we will be repeating century old measurements and reporting our results back to back in real time," said Professor Turney.

“Members of the public on this voyage will help release floats and submersibles that will continue to collect ocean data years after the expedition has concluded. We will also investigate the local wildlife, take ice cores, examine geological data and create detailed maps of the areas we visit."

While the expedition is retracing Mawson's footsteps, it will do so with modern vehicles and the latest research technology.

The expedition’s ship is the MV Akademik Shokalskiy, a fully ice-strengthened polar and oceanographic research vessel. On-board the ship is a range of high-tech vehicles from submersibles that can travel independently across the ocean for years at a time, submersible robot arms and even remotely operated aerial drones.

In Antarctica, the team will travel across the ice to various research sites in Argo vehicles which are capable of operating in temperatures of -40°C.

“Once near Mawson’s huts we hope, among many other experiments, to do follow-up research and observations of leopard seals near the base to compare our observations with those of Mawson's expedition," said Dr Fogwill.

“We will also help the Mawson Hut Foundation make repairs on the original structure of the base camp.”

You don't even have to leave home to be a part of the expedition. The entire journey can be followed by anyone with an Internet connection through regular updates on Google+ Hangouts, Twitter, YouTube and blog entries on the Spirit of Mawson website.

Right now you can get a flavour of the mix of history and science on the website. Here you can find history of Antarctic exploration in 30 objects, the scientific background and research goals, lesson plans for teachers, and links to a variety of ways where you can follow the expedition.

“This expedition, which we have opened to the public in every way possible, is all about showing the thrill and excitement of scientific endeavor,” said Professor Turney.