Dr Lisa Alexander, a UNSW expert in climate extremes, has been honoured by the Australian Academy of Science in its awards for scientific excellence. 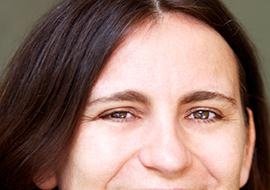 Dr Lisa Alexander, a UNSW expert in climate extremes, has been honoured by the Australian Academy of Science as part of its awards for scientific excellence.

She won the 2013 Dorothy Hill Award for female researchers in the earth sciences aged 40 years or younger.

Dr Alexander, of the Climate Change Research Centre in the Faculty of Science, has an international reputation for her work on extreme climate events in Australia and around the world.

In particular, she has created high quality, global datasets of rainfall and temperature records, helping in many countries to improve the collection of this vital information. She then analyses these records and uses the latest climate models to understand variations in the observations.

Her research shows that the number of heatwaves is likely to increase in Australia and around the world as the globe warms.

Dr Alexander said it was not possible to link a single event, such as the January heatwave in Australia, to climate change.

“But it is likely a sign of things to come. What we have thought of as normal in the past is going to be different in the future,” she said.

Overall, she has studied 27 global indicators of extreme climate, such as the hottest and wettest days of the year and heat waves and consecutive dry days.

In a recent world-first study, carried out with Dr Markus Donat of UNSW, she found that extremely hot temperatures around the world are 40 per cent more common now than 60 years ago.

“The observations show a clear warming shift in temperatures and a marked increase in extreme hot weather events,” she said.

Her research shows that while natural climate variations play a significant role in modulating temperature and rainfall extremes, strong evidence exists that increases in warm nights in Australia and globally are related to increases in greenhouse gas emissions.

“In fact we can’t explain the increase in hot nights if we only include the natural variations that we understand in the climate system,” Dr Alexander said.

Dr Alexander is member of the World Meteorological Organisation’s Expert Team on Climate Change Detection and Indices. In this capacity she has assisted scientists in developing countries to collate and analyse their own high quality rainfall and temperature records.

Her work contributed significantly to the conclusions of the Fourth Assessment Report of the Intergovernmental Panel on Climate Change Working Group 1 on the physical basis of climate change, and she is a lead author on the next report, due in September 2013.

Last year she received the Priestley Medal from the Australian Meteorological and Oceanographic Society, which recognises excellence in research by younger scientists.

Last year’s winner of the Dorothy Hill Award was also a UNSW scientist - Dr Karen Black, a palaeontologist who has described many fossil species, including koalas and possums.