Opinion The future of energy

Even under a conservative government, coal-fired electricity has no future and the power of public opinion will force rapid, effective action on climate change, writes Mark Diesendorf. 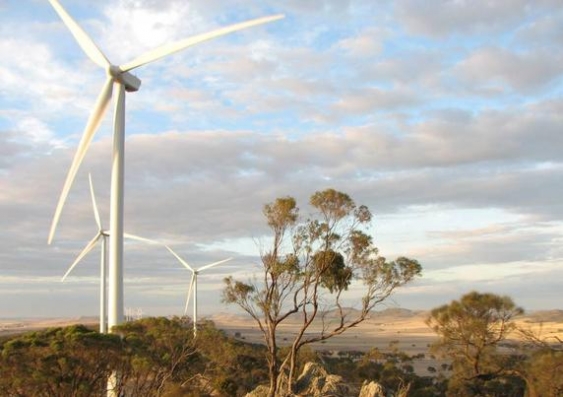 Renewable energy use will increase in Australia Image: Dave Clarke

OPINION: Coal-fired electricity may have little or no economic future in Australia, a new analysis has found. While the new government seems determined to turn its back on renewable energy, our study shows that even without a carbon price, and even with the assumption that carbon capture and storage will eventually become commercially available, coal may not be able to compete with renewable electricity.

Carbon capture and storage captures CO2 emitted by fossil-fuelled power stations, compressing and transporting it by pipeline, and burying it in repositories deep underground. We modelled a range of fossil fuel scenarios with CCS, and then compared their economics with that of our previously published 100% renewable electricity scenario based on commercially available wind, solar and biomass technologies.

The team, from the University of NSW, comprises Ben Elliston, a PhD candidate in the School of Electrical Engineering and Telecommunications, and his supervisors – Associate Professor Iain MacGill, of the Centre for Energy and Environmental Markets, and myself.

We used government estimates of the prices for different generation technologies and fuels in 2030. We also looked at a wide range of possible future carbon prices and carbon capture and storage prices.

The results show that coal with carbon capture and storage (CCS) scenarios are likely to struggle to compete economically with 100% renewable electricity in a climate-constrained world, even if CCS is commercialised by 2030.

CCS might become economically competitive in a few rare circumstances – such as for power stations located near potential CO2 repositories in southern Victoria at a time when there the carbon price is low.

But the majority of Australia’s coal-fired power stations are in New South Wales and Queensland, a long way from storage sites. These would have great difficulty in competing economically with 100% renewable electricity.

Even in the unlikely event that the carbon price were to be zero in 2030, electricity generated from coal with CCS would at best be equal in cost to the 100% renewable energy scenario, assuming an average transportation distance for the CO2. However, if there were no carbon price, there would be no incentive for bringing CCS to commercial maturity in the first place.

Because the onward march of global climate change cannot be slowed by the election of a Coalition government in Australia, it seems likely that by 2030 the climate situation would be desperate and most countries, including Australia and the USA, will have a high carbon price.

In summary, the UNSW modelling suggests that, in a future climate-constrained Australia, there would be little role for a domestic coal-fired electricity industry, with or without CCS.

We also compared gas-fired power stations using CCS against 100% renewable electricity. While this gas generation scenario could potentially be competitive at current gas prices, the study showed this would not be the case if domestic gas prices reached export parity. Currently gas prices are increasing substantially as more and more gas from eastern Australia is exported.

How can we understand these results when only a few years ago many governments and fossil-fuel industries were claiming that carbon capture and storage technology would be one of the best options for mitigating emissions from electricity generation?

In practice CCS technology has turned out to be more complicated and expensive than initially appreciated. While some small pilot plants have been built, large-scale CCS systems for electricity generation still haven’t been demonstrated. They appear to be years – likely decades – from possible commercial deployment.

Meanwhile, renewable energy technologies have been advancing rapidly, both within the Australian electricity industry, and globally.

The research confirms that policies to pursue very high penetrations of renewable electricity, based on commercially available technologies, offer a reliable, affordable and low risk way to dramatically cut emissions in the electricity sector. There is no need to invest in new, expensive, unproven, high-risk, fossil fuel technologies.

What does the change of federal government mean for Australia’s renewable energy future? The Coalition’s policies include:

It is difficult to avoid the interpretation that these five polices taken together amount to a deliberate strategy to undermine the further dissemination of renewable energy in Australia. However, while this strategy will slow down investment and associated job creation, especially for wind farms and large-scale solar power stations, it cannot stop it.

The price of solar photovoltaic modules continues to decline and the market continues to expand. Contrary to the claims of the deniers of climate science, global climate change is continuing and its impacts will become more and more serious.

Soon people power will give the Australian and US federal governments no choice but to take rapid, effective climate action, whichever party is in power.

Associate Professor Mark Diesendorf is deputy director of the Institute of Environmental Studies at UNSW. This article was originally published at The Conversation. Read the original article.

Fully renewable electricity could be competitive