The challenges posed by global environmental issues are very great indeed, but if all voices are heard and respected one can continue to hope that we may find the right way forward, writes Merlin Crossley. 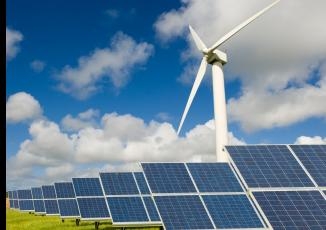 The lecture is named in honour of Jack Beale. In 1971 he became NSW’s first Minister for the Environment and, interestingly, this was in a Liberal Government. He worked tirelessly to conserve water resources and to introduce hydro-electricity.

I think he would have been pleased with many aspects of Dr Suzuki’s lecture. Suzuki talked about conserving resources for future generations. He talked about the importance of air quality and water quality, and he considered global environmental issues. He talked about foresight over hindsight and how we were the only species with the ability to use science to look forward and to make decisions considering long term good, rather than only short term gain.

But he also lamented the fact that the battles he is fighting now were the very same battles that he thought he had won in the past; that the world economic system was forcing him to continually return to fight against profit-driven corporations that relentlessly sought to exploit resources with little regard for future consequences. The audience shared his concerns.

He was particularly concerned that, in both his home of Canada and in Australia, conservative governments had been installed, and that conservation was not apparently on the top of their agendas. He was well aware that the new government in Australia was coming under criticism for not having appointed a Science Minister and for the non-representative nature of the cabinet in terms of the number of women.

One wonders what Jack Beale would have thought. How has it come to this? How is it that one side of politics is suddenly regarded as anti-science and even anti-women? One hopes it is not a true reflection of things to come.

I think part of the challenge is that the right side of politics is often seen as linked to business and growth, whereas the left is viewed as the guardian of people and things under threat. Jack Beale would have been surprised and known things are more complicated than this.

Suzuki asked how the world could possibly expect indefinite economic growth when our resources are finite? He even suggested that we would only come to our senses if a global financial crisis many times greater than that we recently experienced shook our system to the core and forced us to establish new economic paradigms. I’m a little nervous of social and political Armageddon.

Possibly part of the answer comes from another world figure who also spoke at UNSW this year – Bill Gates. Gates has made billions and is now directing his wealth towards supporting science to contribute to global health. As health in developing countries improves, the population issues may decline as well, and our need for resources may diminish.

But the real secret of Bill Gates is that his wealth came not from stripping the earth of resources but from creating new technologies. Our resources are finite but human creativity is infinite and we can perhaps hope for some level of continued growth by virtue of human ingenuity.

I like to think that Jack Beale would have argued that the process of science – investigation, discovery and invention – is something that is common to both sides of politics and belongs to neither the left nor the right.

Suzuki noted that we have a country that is hot and dry, whereas Canada is cold and wet, and we should focus on solar and renewable energy. UNSW has long led the world in photovoltaic technology and one can only hope that the current government will continue to support renewable energy - both to reduce greenhouse gas emissions and to bolster Australia’s global competitiveness in the growing green energy market place.

On stage on Saturday, UNSW vice-chancellor, Professor Fred Hilmer, opened the lecture, and then Linda Burney, the NSW Labor Deputy Leader gave an insightful and inspirational welcome to country, and then David Suzuki wowed the audience. Hilmer has experience in the business world and in universities, Burney speaks beautifully for indigenous people, and Suzuki looked to the future and spoke to us all. The challenges for the future are very great indeed, but if all voices are heard and respected one can continue to hope that we may find the right way forward.

‘Blood oil: tyrants, violence and the rules that run the world’ – public lecture