Dean of Science, Professor Merlin Crossley, has found the third and final missing piece in the genetic puzzle of an unusual form of haemophilia, more than 20 years after his original discovery. 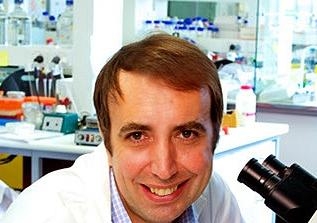 UNSW's Dean of Science, Professor Merlin Crossley, has found the third and final missing piece in the genetic puzzle of an unusual form of haemophilia, more than 20 years after he discovered the first two pieces. The discovery could help improve understanding of other other blood-clotting conditions such as thrombosis.

Crossley and his international team, including UNSW's Dr Alister Funnell, studied the blood-clotting disorder, haemophilia B Leyden, which is unusual because symptoms improve after puberty.

The results, published today in The American Journal of Human Genetics, explain how more than half of the cases of this rare, hereditary bleeding disorder occur. The find also demonstrates the importance of curiosity-driven research, Crossley says.

“Science is advanced by people who get caught up in puzzles that are important to them and they never forget them. Curious investigators never give up,” he says.

Crossley spotted the final genetic clue two years ago, when he was on an aeroplane, marking a young researcher’s PhD project. Data in the thesis reminded him of his own PhD project on haemophilia B Leyden, carried out at the University of Oxford in the late 1980s.

People with the disorder have three different categories of mutations in the gene that produces clotting factor IX, which prevents excessive bleeding. Crossley was able to work out how two of them operate, while at Oxford.

He found the two sets of mutations prevent two key proteins from attaching to the DNA, which turns the gene off as a result. Symptoms improve in young men after puberty because a different protein that responds to the hormone testosterone is able to bind to the DNA and boost the gene’s production of clotting factor IX.

Crossley, and many other researchers after him, tried to find the key protein associated with the third group of mutations, which accounts for more than half the cases of the disease, but it remained elusive. “Things moved on, but I never forgot,” he says.

Two decades later, on the plane, he realised the young researcher was describing a DNA-binding site for a newly discovered protein that had a very familiar ring to it. “I remembered it. It was the same sequence as for the binding site for the third group of mutations,” Crossley says.

He joined forces with other researchers at UNSW, in the UK, New Zealand and Belgium, to show the newly identified protein, ONECUT, was the missing piece in the puzzle of haemophilia B Leyden, which affects about 80 families worldwide.

The original research allowed families to be informed that their children were likely to get better after puberty.

While the new research will not alter the method of treatment for people with Haemophilia B Leyden, it could lead to new approaches to regulating genes in general for experimental, or ultimately, therapeutic purposes.

“Understanding the molecular regulation of the coagulation factor IX gene may aid in the development of therapies for other blood-clotting disorders such as thrombosis,” says Funnell.