Charles Darwin was one of the greatest scientists of all time and his 205th birthday today is worth celebrating, but he should not be treated like a messiah or deity, writes Rob Brooks. 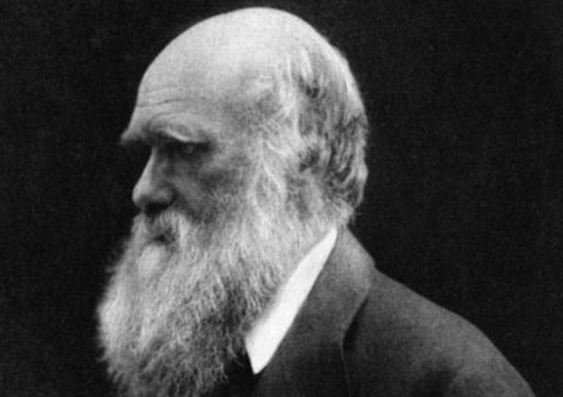 OPINION: Happy Darwin Day! Is that even an appropriate thing to wish somebody? Especially so close to Valentine’s Day?

Darwin Day, according to the International Darwin Day Foundation, is “a global celebration of science and reason held on or around  Feb. 12, the birthday anniversary of evolutionary biologist Charles Darwin”. The idea of the celebration arose in 1993 as part of the activities of the Stanford Humanist Community, then headed by biologist Robert Stephens. And in the intervening 21 years, it has proliferated, with hundreds of events listed in cities around the world.

I’m not normally one for celebrating birthdays. Kids' birthdays are great fun, of course. And the odd 40th or 50th gives a good excuse for a party. But I know some adults who celebrate every birthday as if it were a surprising stroke of fortune. Some grown adults even see each birthday as an occasion to take an entire day off work.

So you can imagine my ambivalence at celebrating the birth, some 205 years ago, of a scientist. Even a scientist as world-alteringly important and as genuinely beloved as Charles Robert Darwin.

As an evolutionary biologist, and a scientist who finds great joy and meaning in communicating with the public, I am thrilled that there is a day around which so many events and seminars can be organised. That these activities celebrate evolutionary biology, science, and reason is particularly special.

I laud the work of the Darwin Day Foundation and all the organisations and people who make Darwin Day a highlight for curious, open and intellectually alive citizens. The Evolution & Ecology Research Centre, which I direct at UNSW, has been running a veritable fiesta of the Darwinian, with a conference and public lectures last week, and a seminar by eminent evolutionary psychologist Martin Daly on Tuesday 11 February.

But it bears reflecting on the importance and modern relevance of Darwin himself.

The great naturalist ranks among the most important scientists of all time, no less significant than Galileo, Newton or Einstein. But more than that, I agree with philosopher Daniel Dennett who argues that Darwin’s Dangerous Idea - the discovery of how natural selection works - is the ‘most important idea anyone ever had’.

Darwin’s discovery revealed the very process that made us who we are. Which is why evolution, and Darwin himself gets so infuriatingly up the nose of those who have the most to lose from a genuine understanding of how the world works and how humanity came to be. Paper over the cracked relationship between science and religion all you like, but natural selection changed everything about how we understand ourselves and our world. Which is why Darwin’s Origin of Species was an instant bestseller.

To borrow Dennett’s inimitable turn of phrase once again, the idea of natural selection is a “universal acid”:

it eats through just about every traditional concept, and leaves in its wake a revolutionized world-view, with most of the old landmarks still recognizable, but transformed in fundamental ways.

Darwin’s impact on the world far transcends science. It overshadows the contributions of most of his contemporaries, including that other titan born on 12 February 1809: Abraham Lincoln.

And yet, I’d be disappointed if this celebration of all things Darwinian began and ended with the great naturalist. Because I think a focus on the person tends to undersell the science, and the importance of science and reason in general.

Watching snippets of last week’s so-called debate between the improbably bow-tied pro-science persona, Bill Nye, and the insufferable Creation Museum director, Ken Ham, I was reminded of just how much the reality-deniers depend on Darwin.

Nye did a creditable job. With the characteristic humility of a true scientist he showed his willingness to admit what he doesn’t know. His smug opponent, of course, had all the answers, and they were all to be found in one particular book. Yet I am in the camp who believe Nye did a disservice to science by going mano-a-mano with the Ham actor, lending him false legitimacy, and implying false equivalence between reason and biblical literalism.

It irks me the way Nye, and others who engage with creationists, allow the likes of Ham to call evolution “Darwinism”, and those who can comprehend natural selecton and the overwhelming evidence for it “Darwinists”. An over-reliance on Darwin as our standard-bearer diminishes a broad and vibrant science, giving the impression it begins and ends with a guy who was born over 200 years ago. I believe the creationists and their dullard adherents go further, implying that one white-bearded gentleman is somehow being slyly substituted for another; Darwin supplanting God.

The beauty of an idea like natural selection is that it is true, whether or not you choose to believe it. It is true, even if nobody has yet had the idea or written it down. If Darwin hadn’t done so, Alfred Russell Wallace’s version might have swayed the Victorians. Or perhaps a version discovered some 50 years later.

Humanity owes a great debt to Darwin, and the history of science followed the course that it did because of him. But he isn’t the reason for the season; science does not need deities and messiahs. Darwin was merely the guy who figured it all out first and explained it to a world who were ready for the idea.

I am delighted to celebrate Darwin’s 205th birthday today. But I also think the old guy has done a good job and should not be leant upon like some deity, some final authority, the other 364 days a year.

Professor Rob Brooks is director of the Evolution and Ecology Research Centre at UNSW.