Opinion Has human evolution come to an end?

Discoveries around how humans have evolved since the Stone Age provide troubling insights into where we may be headed as a species, writes Darren Curnoe. 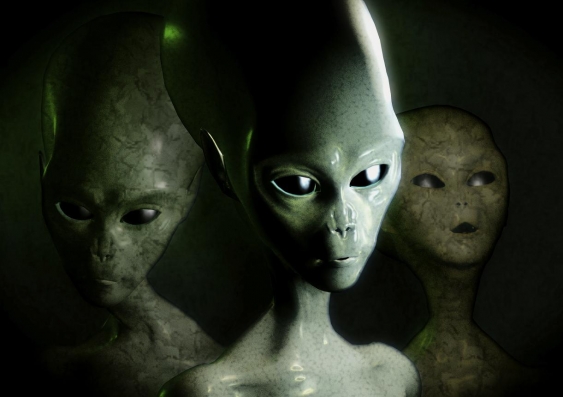 OPINION: Surprising discoveries that reveal how we have evolved since the Stone Age offer real and troubling insights into where we may be headed as a species.

Futurologists love to think they have the answers to questions about where we might be headed as humans: technologically, socially and biologically.

A recent example bandied about on the internet comes from Nickolay Lamm, a digital artist who makes 'normal-sized' Barbie-like dolls, and who has also speculated on how the human head may look in a 100,000 years' time.

He sees a world where human biological evolution will soon end and be replaced by evolution through genetic engineering.

That a hundred millennia into the future humans will be alien like with balloon-heads — from larger brains — Manga-style oversized eyes and large, flared, nostrils.

Why this particular look? It has nothing to do with fashion or sex.

Lamm believes humans will have colonised distant parts of the solar system by this time and will have engineered various physical features to cope with low light, high solar radiation and low oxygen in our new extraterrestrial home, as well as a need for greater intelligence.

Now, I'm as much a fan of science fiction as the next guy. So, let's be frank here, these kinds of portrayals of the 'future' of human evolution are just that, science fiction.

And, in fairness, Lamm apparently didn't claim his ideas to be anything more than speculation.

As fun as thought experiments like these might be, it can be interesting to reflect on whether science has anything useful to say about what the future course of human evolution might look like.

Our evolution didn't stop with the end of the Stone Age and I doubt very much that humans will ever be able to or want to take complete control over it.

We are still evolving today and will continue to do so into the future because it's built into the basic fabric of our biology.

At the risk of being branded a futurist myself, I think we can also sketch out some larger possibilities about the sorts of evolutionary pressures that humans are now, and into the future will increasingly be, under.

What are some of the forces and changes we see that may act to drive our future evolution?

1. Top among them has got to be industrially induced climate change with its higher temperatures and greater extremes in weather, food and water shortages and greater spread of infectious diseases, among other likely profound changes

2. The overuse of antibiotics combined with many larger numbers of agricultural livestock and the high speed of global travel and disease transmission

4. Rising pollution levels and the greater exposure we are experiencing to chemicals in our environment and in our food.

5. A lifestyle based around limited physical activity and focused more on technologically-aided activities

Any one of these — and the list is far from exhaustive — could lead to the sort of pressures that could accelerate evolution — beyond the background rate — in human populations.

All that's required is that some people, especially children, because of their genes, are incapable of surviving and/or reproducing in the face of these potential evolutionary drivers.

New mutations may arise, or existing but rare ones increase in number, in a population owing to such pressures. Some of them will be beneficial, others detrimental.

As a consequence, those people who can cope, or even thrive under such conditions, would leave more of their genes to future generations: plain and simple Darwinian evolution.

Changes might include in genes associated with our immune system, with heat shock protein genes, mutations in germ line cells especially spermatozoa, eccrine (sweat) gland function or even some others affecting our skeletons, muscles or nervous system.

Sound far-fetched? Well actually we have a pretty good case study from recent human evolution that suggests just these sorts of changes could happen in the not-too-distant future or could even be happening now.

Large-scale studies of the human genome have shown that the most rapid and important evolutionary shifts that have occurred since our species appeared about 200,000 years ago followed the invention of agriculture around 10,000 years ago.

The changes were much greater than when the earliest members of Homo sapiens left Africa less than 100,000 years ago and settled new and challenging environments in Asia, Europe and Australia founding the modern populations of these regions.

The signatures of these events are very clear: more than 70 per cent of protein coding gene variants and almost 90 per cent of variants found to be disease causing in living people — whose ancestors were agriculturalists — arose in the last 5000 to 10,000 years.

At this time we saw a remarkable shift in lifestyle, with the end of hunting and gathering and the adoption of agriculture in many places.

This was the so-called Neolithic or Agricultural Revolution, and it eventually lead onto the industrial and post-industrial economies we have today in the rich world.

Farming led to a dramatic shift in our diet, changed behavioural patterns, with less mobility but long daily activities cultivating and processing food, led to a major assault on our immune system and saw the global population rise exponentially from perhaps a few million people worldwide at 10,000 years ago to more than 1 billion by AD 1800 and 7 billion today.

It led to large tracts of land being cleared, extensive natural species and habitat loss, changed local weather patterns, permanent human settlements, high-density living, exposure to many new infectious diseases from handling animals and from exposure to their faeces, contamination of water supplies and much poorer hygiene including exposure to diseases carried by pest species like rodents.

The sorts of changes we see going on in the world today as a result of human activity are in many ways similar to those during the agriculture revolution only this time on steroids!

Who will be affected?

Given the breadth of these potential drivers of current and future human evolution, all human populations will likely be affected, but not equally.

While scientific and medical progress over the last century or so has been remarkable, much of it aimed at reversing the effects of the adoption of farming, the spoils of our efforts have not been shared equally and many people in the developing world today still suffer diseases largely eradicated from wealthier societies.

Unlike any other time in our history, we head into this future knowing full well where we are going and without the veil of ignorance that surrounded our Stone Age or Neolithic ancestors.

These are not the glamorous changes the futurists like to focus on, but they are, I think, far more plausible ones, and ones with very real implications for science, medicine, multinational policy makers and governments around the world.

Associate Professor Darren Curnoe is an evolutionary biologist at UNSW.

This opinion piece was first published in ABC Science.

Out of our tree: did Homo mark the end of the swingers?