Australia's summer heatwaves are lasting longer and have been increasing in number over the past 60 years, a UNSW study shows. 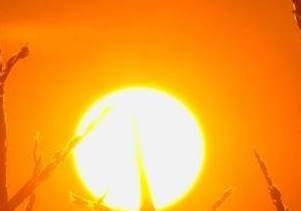 Australia's summer heatwaves are lasting longer and have been increasing in number over the past 60 years, a UNSW study shows.

During the same six-decade long period, days 12 to 14 degrees above average have been appearing more frequently throughout the year.

That is the finding of a detailed new study of heatwaves in Australia by Dr Sarah Perkins from the UNSW Climate Change Research Centre, and the Centre of Excellence for Climate System Science.

If the trends continue, there is no doubt the recent hot summer is likely to be a far more common event in Australia's future.

“Heatwaves have been increasing worldwide but the trend is even more marked across large parts of Australia, which as a continent has warmed faster than the global average,” says lead author, Dr Perkins.

“Not only are we seeing more heatwaves in Australia but trends are suggesting that the hottest temperatures recorded during heatwave events are rising faster than the overall average temperatures for these events.“

To achieve their results the researchers used a new classification method they developed for a recent global heatwave study. The method defines heatwaves as periods of three days or more where the temperatures fall into the top 10% of the hottest temperatures ever recorded for specific times of year.

By taking this approach, the researchers were also able to look beyond the summer months and detect periods of unusually warm weather throughout the year, which they have analysed at the global scale.

“Interestingly, the anomalous warming events during the cooler months revealed through our research were increasing faster than summer heatwave events,” Dr Perkins says.

“This could have important impacts on agriculture, particularly for the production of winter crops.”

The research also revealed how heatwaves have changed in a variety of ways from one region to another. A few of these changes include:

“The next stage of our research will be to model these trends into the future under enhanced greenhouse gas conditions. Understanding how these trends may change in the future will help Australians better adapt to changing heatwave conditions,” Dr Perkins says.