The combined effect of compulsory helmets for riders and providing cycleways and other infrastructure has reduced by about half the serious head-injuries associated with cycling in NSW. 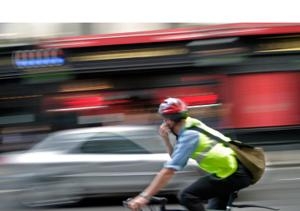 The combined effect of making helmets compulsory for riders and providing cycleways and other infrastructure has reduced by about half the serious head-injuries associated with cycling in NSW over the past two decades.

Cycling-related accidents generally have risen in line with a rapid and sustained growth in bicycle use for recreation and commuting, but head injuries serious enough to require hospital admission are now declining at a rate of 4% a year, according to a major new study published in the journal Accident Analysis and Prevention.

The study, led by Dr Jake Olivier of the UNSW School of Mathematics and Statistics, looked at trends in bicycle-related head injury hospital admissions in NSW from the enactment of mandatory helmet legislation in 1991 up to the most recent data in 2010.

It also looked at related hospital admissions for serious arm injuries, to help distinguish head-injury trends from broader bicycle accident rates. In the study period the number of serious arm injuries rose by 145% (from 660 to 1,620) while head injuries increased by only 20% (590 to 706).

“We found that the overall benefit of mandatory helmet legislation in lowering head injuries was larger than previously reported and has been maintained over the past two decades,” says Dr Olivier. “Before the law commenced in 1991, bicycle-related head injury rates exceeded those of arm injuries. By 2006, head injuries were 46% lower than arm injuries.

“Significantly, we also found that bicycle-related head injuries have steadily declined even further since 2006, when serious spending on cycling infrastructure began.”

“This decline is happening despite the State’s population rising by 22% during the study period and despite cycling participation rates rising by 51% in the past decade. Serious arm injuries have also declined since 2006, a benefit that is unlikely related to mandatory helmet legislation alone.

“So there’s no room for doubt that hundreds of serious head injuries are now being avoided every year thanks to helmets, bike lanes and segregated cycleways.

“Assuming head injury rates had increased at the same rate as arm injuries, 1,446 NSW cyclists would have been hospitalised in 2010 with serious head injuries without these interventions, whereas the actual number was only 706. In other words, compulsory helmets and cycling infrastructure prevented 740 serious head injuries in that year alone.”

Professor Raphael Grzebieta, Chair of Road Safety at the UNSW Transport and Road Safety Research (TARS) group - who, along with Scott Walter, is a co-author of the study - says the results show that calls for the removal of cycling infrastructure and the repeal of mandatory helmet legislation relating to cyclist safety are both unfounded.

“The Safe-System Approach adopted by all state and federal ministers in their national road safety strategy - involving multiple safety interventions - delivers significantly greater safety benefits than individual interventions alone. The study shows that cycling infrastructure doesn’t simply get more people cycling, it makes it much safer for them to do so when combined with wearing a helmet.”