In an Australian-first experiment, UNSW researchers are using high-resolution sonar equipment to monitor the fish that swim in and out of Narrabeen Lagoon on Sydney’s northern beaches. 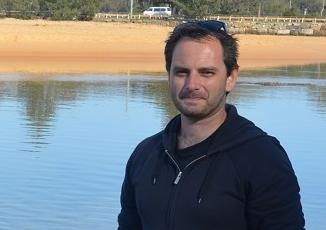 In an Australian-first experiment, UNSW researchers are using high-resolution sonar equipment to monitor the fish that swim in and out of Narrabeen Lagoon on Sydney’s northern beaches.

The $120,000 instrument is being regularly deployed in shallow water at the mouth of the estuary, which is about 20 metres wide.

Dr Alistair Becker, of the School of Biological, Earth and Environmental Sciences, says the sonar system can detect all the fish longer than about 10 centimetres lthat pass by, as well as shoals of smaller fish.

“We can count every fish that swims in and out of the lagoon. And we are seeing a lot of them – with fish moving by every couple of minutes,” he says.

“We want to find out how much connection there is between the coastal ecosystem and the fish habitat in the estuary. This is the first time this has been done anywhere in Australia.”

Dr Becker and Mathew Holland a Master’s student, carry out the research during the night and the day, and are monitoring both in-coming and out-going tides in the channel.

A water-resistant camera is also used to photograph some of the fish, which include bream, flathead, tailor and luderick. These images will be compared with the sonar record to see if it possible to identify the type of fish from just the sonar images.

“The fieldwork is being conducted in a very public place and, as you might imagine, has generated quite a lot of interest from people walking past,” says Dr Becker.

Many coastal estuaries in southern Australia are like Narrabeen Lagoon – lakes or lagoons that are intermittently open or closed to the sea.

It is well known from sampling studies that fish larvae enter these waterways, which become nurseries for juveniles. “But no-one has looked at the movement of larger fish on a daily basis in and out of the estuary,” Dr Becker says.

This has partly been due to a lack of appropriate technology available to scientists. The high-tech sonar system, known as a DIDSON, was originally developed for the US Navy for underwater surveillance.

The UNSW research at Narrabeen could help reveal the impact on the fish stock of silt in the mouth of the lagoon, which is a popular fishing spot.