Hot in the city

An expansion of concrete and asphalt on the fringes of our cities could see urban temperatures rise by as much as 3.7 degrees, UNSW research shows. 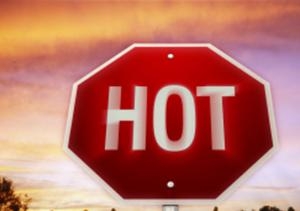 Temperatures in our city fringes could rise by as much as 3.7 degrees. Photo: istock

An expansion of concrete and asphalt on the fringes of our cities could see urban temperatures rise by as much as 3.7 degrees by the year 2050, UNSW research suggests.

The build-up of heat in cities – the ''urban heat island effect'' – will likely amplify climate change, the UNSW researchers found.

“This has implications for health problems related to heat stress accumulation and at an economic level where the higher energy consumption needed to power air conditioning overnight may lead to higher power bills."

While the study, prepared for the ARC Centre of Excellence for Climate System Science, focused on Sydney, there were lessons for cities across Australia. The mechanisms that cause warmer nights in Sydney are applicable to any city with similar characteristics, the researchers said.

The urban heat island effect occurs because urban structures can store more heat than open ground. This accumulated heat is released during the night, which is why nighttime temperatures increase even more than daytime temperatures.

At the same time urban surfaces hinder evaporation and its cooling effect, adding another layer to the heating of urban areas.

“Current research shows that, along with other strategies, green spaces, street trees and bodies of water can have a marked effect on reducing urban heat island effect," said Dr Osmond.

“Not only do these help keep suburbs cooler, there is also a knock-on effect where these places gain social advantages through additional amenities and recreational areas. Quite often, leafy suburbs that contain a number of parks and bodies of water also tend to see increased real estate values. It's a win-win situation for everyone."

Areas closer to the CBD of major cities are not exempt from the temperature rises. Density, in particular vertical expansion, plays an important role in the urban heat island effect.

“We need to develop a complete profile of temperature changes for different cities taking into account their various urban expansion prospects and locations,” Dr Argueso said.

“With this information, we can provide an invaluable tool to help with the future development of Australian cities and the environment many of us live in."