Opinion Human hands are all over Australia’s hottest ever year 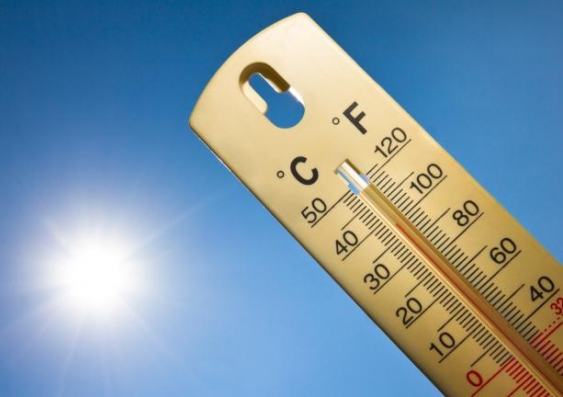 OPINION: 2013 was Australia’s hottest year on record, but how much of that was due to human-caused climate change?

Today scientists publish five research papers that reveal the extent of human influence on Australia’s extreme climate conditions in 2013. The papers are published in the latest issue of the Bulletin of the American Meteorological Society.

These new, comprehensive analyses show that people didn’t just leave fingerprints on the record-breaking heat: we left a clear handprint.

In Australia, 2013 was a year of extremes. Throughout 2013, temperature records were broken regularly and by ever-increasing margins.

Unusual heat started in mid-2012 and persisted throughout 2013. On January 7, we experienced our hottest day on record — 40.3C — as we sweltered under a “dome of heat”. January ended up being the hottest month on record, and the 2012-13 summer was the hottest recorded for the nation.

Later in 2013, the nation-wide temperature record set for the month of September exceeded the previous record by more than a degree — this was the largest temperature anomaly for any month yet recorded.

High spring temperatures were also associated with early bushfires in NSW in October, and severely dry conditions in parts of eastern Australia.

Averaged across the whole continent, 2013 was the hottest year since the Bureau of Meteorology records began over a century ago in 1910.

However, these exceptional events alone do not reveal why we experienced such severe conditions.

Natural variability always plays an important role in the occurrence of weather and climate extremes. Could our exceptional 2013 heat simply have resulted from natural climate variations? Or was something else contributing to these record-breaking temperatures?

Climate scientists often talk about the human fingerprint on the climate system. These are the sometimes-subtle changes we are currently observing in the climate, beyond the simple changes in global average temperatures.

The new studies published today show that people’s influence on the record-breaking heat of 2013 was anything but subtle.

Each scientific paper in this issue delves into the causes of a particular aspect of 2013 extreme climate events, with the aim of identifying if human influences played a role. The extreme Australian heat held a considerable focus, with five out of the 22 papers analysing various record-breaking heat events from 2013.

The individual studies can be accessed through the journal website here.

The first study led by Sarah Perkins from the University of New South Wales focused on Australian heat during the 2012/13 summer by investigating two measures of heatwaves. These are the total number of heatwaves and the hottest day occurring during a heatwave during that summer.

Despite heatwave frequency measuring much more “extreme” than heatwave intensity for this season (there were more heatwaves than we’d expect, but, at the continental scale, they weren’t the hottest we’ve had), a human signal was found in both heatwave measures. Human activity, through increased greenhouse gases, increased the likelihood of heatwave intensity and frequency by twice and three times, respectively.

The second study led by Julie Arblaster from the Bureau of Meteorology examined the 2013 record high September maximum temperatures over Australia. September marked the peak of the record warm period that began right back in mid-2012.

This study found that record September temperatures arose from a combination of complex factors. An unusual atmospheric circulation pattern occurred to the southwest of Australia, coincident with an unusually warm and dry land surface.

A significant human fingerprint in the warm surface conditions was clear - anthropogenic climate change also played an important role in the record Australian temperatures in September 2013.

The third study led by Andrew King at the University of New South Wales focused on both the record temperatures and the ensuing drought that set in across much of eastern Australia in 2013. Has the risk of hot and dry years such as 2013 increased due to human-induced climate change?

This found the extreme heat was caused by both very dry conditions over the interior of the continent, and anthropogenic warming. The combination of extreme heat and drought conditions across Australia very likely increased by at least seven times due to climate change.

In the fourth study, Sophie Lewis and David Karoly from the University of Melbourne investigated the annual temperature record of 2013 for the whole of Australia. They examined both natural and anthropogenic factors as possible causes.

This result was confirmed independently by the fifth study from Thomas Knutson at the US National Oceanic and Atmospheric Administration. While both natural climate variability and global warming contribute to recent temperature records, anthropogenic global warming made a crucial contribution to our 2013 extreme temperatures.

Together, these papers provide a comprehensive answer to the question of what caused these records. They there are multiple lines of evidence that climate change is already having a significant impact on Australia.

Climate change is already increasing the likelihood of heatwaves occurring in Australia and the temperatures we experience during these heatwaves. Extremely hot months, seasons and years are already more likely in Australia.

This human handprint will likely increase the future risk of extremely warm days, months, season and years in Australia. We will likely also see an increase in the risk of heatwaves and dry conditions acting in combination with heat to produce drought.

These five studies give us insight into our climate future. As the climate warms even further with increasing greenhouse gas concentrations, the human handprint on Australia’s climate extremes also grows larger. But should we care?

Heatwaves are associated with costly and devastating impacts not just on the environment but also for human health, infrastructure and agriculture. They cause the greatest number of deaths than any other natural disasters in Australia.

Hot months and seasons are important risk factors for the occurrence of severe droughts and for bushfire weather, posing considerable threats to our food and water sources, property and natural environment.

In order to reduce the serious impacts of more frequent and more severe heat, we must reduce greenhouse gas emissions, and we must adapt to the changes already set in motion.

Sophie Lewis is a Research Fellow at Australian National University.

Sarah Perkins is a Research Fellow at UNSW. 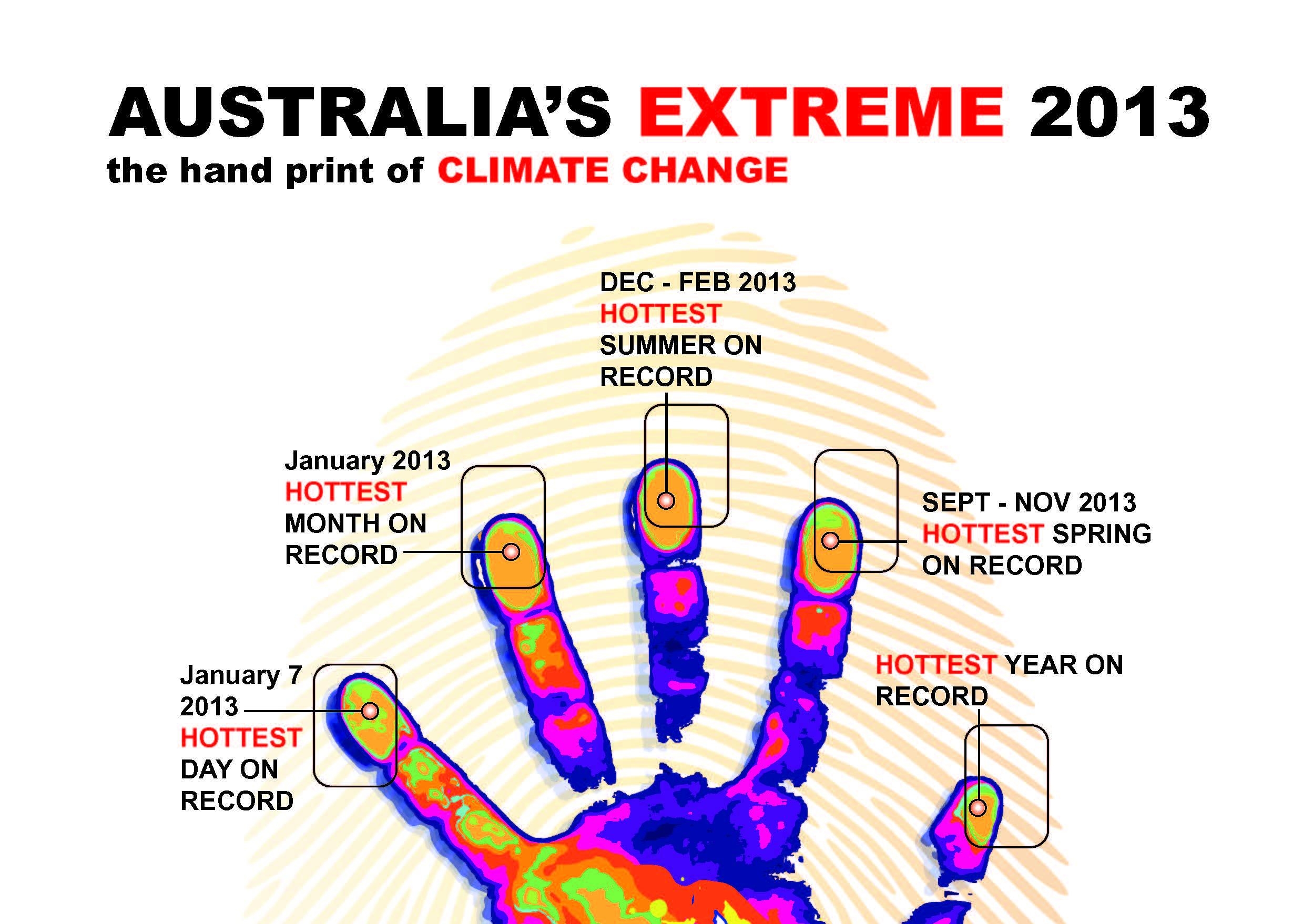