Opinion Is human longevity due to grandmothers or older fathers?

A modest amount of 'grandmothering' can lead to the evolution of an extended lifespan, suggests Rob Brooks. 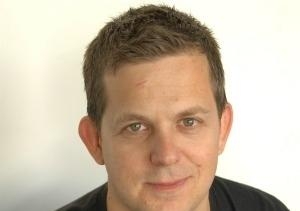 OPINION: Why do humans tend to live such a long time? Our closest relatives, the chimpanzees, can last into their mid forties in the wild. Yet somewhere in the last six million years, human lifespans have lengthened dramatically, so that living into our seventies is no big surprise.

The last few weeks have seen some exciting new developments in this area. First, a recent paper featured in The Conversation showed that at all ages, humans are less likely to die than chimps.

Excitingly, however, modern health care, diets and the steady decline in violent deaths have slashed mortality rates of young adults. People in societies like Japan are now almost 200 times less likely to die in at a given age than people of the same age in hunter-gatherer societies.

The dramatic declines in modern mortality rates are almost entirely due to technological developments, but the lengthening of the maximum potential human lifespan since we diverged from the other great apes poses an intriguing evolutionary problem.

Our bodies only function as well as they do because we have a quiver-full of cellular repair and maintenance mechanisms. For example, we have systems that correct mistakes in DNA replication, and others that detect and kill off pre-cancerous clusters of cells.

But natural selection optimises those mechanisms to operate during our expected lifespan. Modern people who live beyond seventy are much more likely to suffer from cancers, dementia and other diseases of old age. Few of our ancestors – even the most recent ones – lived that long, and these late-onset diseases didn’t interfere with their successful reproduction. By the time they got the diseases, our ancestors had already passed their genes on – and that’s why we carry those same genes.

Six million years ago, the diseases of old age probably kicked in before our great-ape ancestors hit forty. The evolution of a longer lifespan involved a steady postponement of ageing. But only if older individuals contribute to the success of their own genes can this actually happen.

Grandmothers are enjoying a renaissance in the evolutionary sciences, and it seems that delayed ageing might have evolved via grandmothering.

A few months ago, in this column, I discussed the evolution of menopause. In most animals, females reproduce throughout their adult lives. But women, and females of some whale species, stop having offspring of their own and live on for some time.

Exactly how this evolves remains controversial, but the help grandmothers provide to their adult offspring is crucial to all the competing theories. Male killer whales whose mothers are still alive tend, themselves, to live longer and sire more calves.

Human grandmothers help their daughters or sons to raise families of their own. As I discussed in my previous column, however, the reason grandmothers stop having their own babies might be due to less than healthy dynamics between them and their daughters-in-law.. The exact pathway by which menopause evolved will probably take decades to resolve entirely. But menopause and grandmothering also appear to have important evolutionary consequences.

Anthroplogist Kristen Hawkes has, for some time, argued that the evolution of menopause led to the lengthening of the human lifespan. When a mother retires from having more children of her own and starts investing in grandchildren, she continues to ensure the success of her own genes.

So, any genes that hasten the onset of ageing and disease in older women also rob grandchildren of the food and protection of their grannies. Which is why, according to Hawkes' “Grandmother Hypothesis”, the evolution of longer human lifespans was driven by the important contributions grandmothers made to their grandchildren’s fitness.

The grandmother hypothesis is far from universally accepted. Some papers argue that the benefits to grandchildren are far too weak to drive an evolutionary extension of grandmother’s lives.

And what about men? Could longer male lives simply be a by-product of lengthening female lives? The short answer is “possibly”. Many of the same diseases of ageing afflict women and men, so any suppression of these diseases would result in longer lifespans for both sexes.

But a 2007 paper entitled Why Men Matter: Mating Patterns Drive Evolution of Human Lifespan suggests that men might have been the primary drivers of human lifespan extension. Shripad D. Tuljapurkar, Cedric O. Puleston and Michael D. Gurven produced a model showing that men’s ability to sire children well into old age – an ability practiced with some relish by many older, wealthier men throughout history – could be just as important as grandmothering. Perhaps Viagra will stimulate a new evolutionary rise in human lifespan.

Of course there is no reason that virile old men and helpful grandmothers could not have both pushed back the onset of ageing and extended our lifespans. But the latest volley from Hawkes and her collaborators gives new support to the importance of grandmothers.

Using a simple simulation model, they showed that a relatively modest amount of grandmothering can lead to the evolution of extended grand-maternal longevity. From a simple chimp-like state in which few women lived beyond their child-bearing years, the contributions grandmothers made to their grandchildren’s survival and future reproduction eventually led to the evolution of extra decades worth of lifespan.