The issue of race has been in the news, but the idea that human races even exist fails to stand up to scientific scrutiny, writes Darren Curnoe. 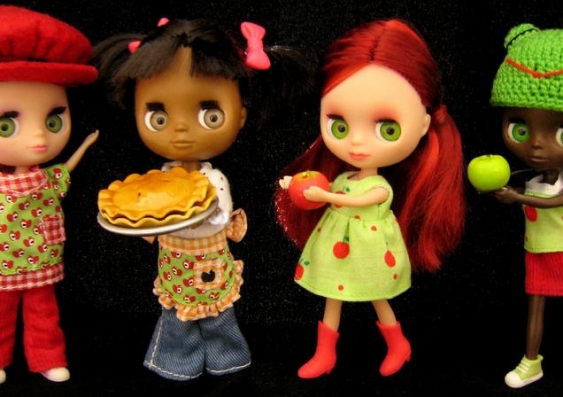 OPINION: The issue of race has been in the news a lot lately with the canning of proposed amendments to Australia’s Racial Discrimination Act, attempts by extremists to commit genocide on cultural minorities in Iraq and a new book by US author Nicholas Wade that has scientists claiming their work was hijacked to promote an ideological agenda.

The idea that races are part of our existence and daily experience, especially those of us living in multicultural societies, seems to be just taken for granted by many people.

But are races real or simply social/political constructs? Is there any scientific evidence they exist in humans? Or are some scientists just being politically correct in denying their existence?

Biologists have used the “race” category for hundreds of years to classify varieties of plants and animals and, of course, humans. It has normally been reserved for geographic populations belonging to a single species, and has often been used as a synonym of “subspecies”.

While the species concept, or definition, has also had its share of controversies, biologists agree that species are real, not arbitrary. They represent reproductively cohesive evolutionary units.

Yet the use of “race” in biology is far from straightforward. It has been controversial for many decades irrespective of which species it has been applied to; human or otherwise.

Ernst Mayr, one of the intellectual giants of biology during the 20th century and a pioneer of the classification of biological diversity, was critical of the use of races and subspecies by taxonomists.

Unlike species, races and subspecies are very fuzzy categories. They lack a clear definition as a biological rank, being arbitrarily and subjectively defined and applied.

Races have been identified on ecological, geographical, climatic, physiological and even seasonal criteria. There are subraces, local races, race populations and microgeographic and macrogeographic races; even “ethnic taxa”.

Races simply aren’t real like species are: species represent genuine “breaks” in nature while races are part of a continuum and can only ever have very arbitrary boundaries.

Their lack of favour in biology today has a great deal to do with a desire to remove subjectivity and fuzzy thinking from the enterprise of classifying nature.

The history of scientific racialism has a very chequered history. Many large-scale atrocities and instances of genocide were carried out in the name of race, usually involving notions of the superiority of one race over another, particularly during the 17th through to 20th centuries.

Anthropology was obsessed with race from the 18th to 20th centuries and has a lot to answer for in terms of the part it played in justifying political and ideological racism.

If you doubt for a moment the impact that race has had on many people, just ask an indigenous person anywhere in the world what they think of race.

Putting aside the ethics for a moment, is it legitimate from the biological perspective to apply race to humans? We might consider this from two viewpoints:

Both questions were the source of regular consternation during the 20th century, and earlier, as anthropology struggled to make sense of – and pigeonhole – the geographic variation seen in humankind around the world.

What evidence was used to identify human races? Well, as it happens, just about anything, and most of it unscientific.

The book Races of Africa, published in three editions from 1930 to 1957, recognised six races inhabiting the African continent. Its author, British anthropologist C G Seligman, readily admitted that the races it described were defined on non-biological grounds, a fact “readers should appreciate in order to make necessary allowances and corrections”.

How were these races identified? Mostly using the languages people spoke: as Seligman further informed his readers, “linguistic criteria will play a considerable part in the somewhat mixed classification adopted.”

Seligman should be praised for his honesty. Many other anthropologists continued the ruse of biological objectivity well into the 1970s; some stick to it today. The reality is that most races were identified on cultural or linguistic grounds, or simply on account of educated intuition, not biology.

Another fascinating example of the arbitrariness of this category is the so-called “Negrito” “pygmy” race, which sometimes still gets talked about by anthropologists and archaeologists with respect to the origins of indigenous people in East Asia and Australasia.

It has been defined to include people from the Congo of Africa, the Andaman Islands, several Southeast Asian countries, New Guinea and Australia. The Negrito race is not a biological reality reflecting history, but an artificial construct based on superficial similarities.

The skull measurements, brain size estimates, hair form, skin and eye colour, intelligence and blood group data used to justify races were simply retrofitted to each of them.

Moreover, these physical features were very far from flawless in reinforcing established notions of race. None of them has provided any evidence for discrete boundaries between human groups – or groups as genuine geographic entities – and many of them simply reflect the environment, not biological history.

Take skin colour, or pigmentation, as an example, a feature that has been used in almost every racial classification published. While anthropologists employed discrete categories such as “black,” “brown” and “white,” in actuality, pigmentation grades continuously along a geographic cline from the equator to northern and southern latitudes, regardless of race.

How many races have been recognised for living people? Well, there seems to have been no real limit in practice, reinforcing their arbitrary nature.

During the 20th century, estimates of the number of races varied from two to 200 across the globe. For Europe alone, one book published in 1950 estimated six, while another one the same year identified at least 30 races.

Sure, you might recognise races if you compare the skin pigmentation of people from a village in the Scottish Highlands to one in coastal Kenya. But you’d be kidding yourself because you would be ignoring all of the people who live along the thousands of kilometres that stretch between them who don’t fit into your concocted moulds.

Developments in the field of genetics from the 1960s onwards made new inroads into the question of race. In fact, genetics marked the death knell of the scientific race debate.

Geneticists have found a number of features about human diversity that just don’t fit the pattern expected for the ancient subdivisions we might anticipate if races actually existed.

Some important findings that show racial categories to be unfounded include:

Are we all the same then?

There is no denying that humans are variable. Some of that variation – a small amount – reflects our geographic origins. Genetic data show this unequivocally.

But this is simply not the same as claiming that this geographic variation has been partitioned by nature into discrete units we call races. Humans have simply refused to be classified along taxonomic grounds – beyond the fact that we all belong to the single species Homo sapiens.

The facts are that the races recognised by anthropologist during the 19th and 20th centuries simply don’t hold up to scrutiny from physical or genetic evidence; besides, races never were scientific to begin with.

Associate Professor Darren Curnoe is an human evolution specialist in the UNSW School of Biological, Earth and Environmental Sciences.