The most surprising part of the ABC documentary "I can change your mind" was Nick Minchin’s choice of experts: they were all duds who would only influence the gullible, writes Michael Ashley. 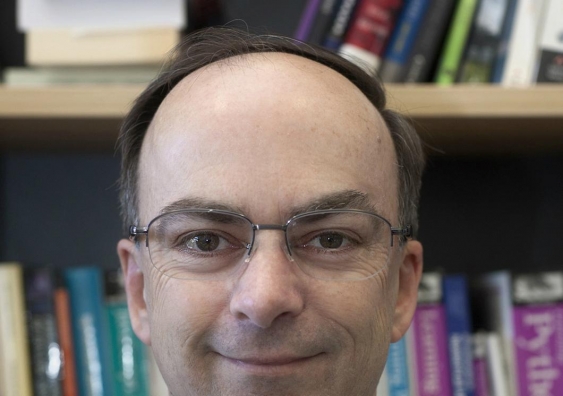 OPINION: Last night the ABC premiered the fascinating documentary “I can change your mind about climate”, in which Nick Minchin, the recently retired Liberal senator, and Anna Rose, the co-founder of the Australian Youth Climate Coalition, attempted to change each other’s minds about the reality of human-induced climate change.

As you might imagine, Minchin is sceptical of any human impact on the climate. He demands a high standard of proof before embarking on any radical changes that might require government intervention. Rose, while acknowledging some uncertainties, is convinced that we have enough information to act, and we must do so urgently to avoid a global catastrophe.

Climate scientists – I’m talking about the 97% or so that agree that humans have a considerable influence on the climate – are very uneasy with the false balance that a program such as this engenders. From the moment a climate scientist steps onto the stage with a climate denier, the audience’s default assumption will be that there is a 50:50 contest going on. It is going to be difficult or impossible for the scientist to win the argument at the 97:3 level that characterises the debate amongst experts, let alone the 99.99:0.01 level as it exists, roughly, in the scientific literature.

Anna Rose was very aware of this issue and, as she writes in her book Madlands, thought long and hard before agreeing to participate in the documentary. But with the producers going to proceed with Rose or with someone else, she bravely stepped up to the plate.

The documentary performed an intriguing experiment by plucking Minchin and Rose out of their comfort zones and thrusting them together for a month of filming on the road. Each was able to choose seven experts, from anywhere in the world, to help argue their cases. Will Nick convince Anna? will Anna convince Nick? And how will the viewers react?

For me, the most surprising part of the documentary was Minchin’s choice of experts: they were all duds who would only influence the gullible or those blinded by ideology. Although, to be fair to Minchin, there aren’t any non-dud experts on his side to choose from.

For example, blogger David Evans from Perth showed Rose an aerial photo of a meteorological station near an airport, declaring that half of the world’s “official” thermometers were like this and that they were measuring warming from jet aircraft engines more than anything else.

Rose’s response was “surely you don’t think climate scientists are that stupid?”

And of course Rose is right. Climate scientists aren’t stupid – global warming is clearly measured when only the highest quality rural meteorological stations are used.

Minchin’s other “experts” included blogger Joanne Codling (aka Jo Nova), who blew all credibility when she stated that CO₂ has an immeasurably small impact on temperature, and contrarian Professor Richard Lindzen who has spent over 20 years trying, and repeatedly failing, to find any errors in the theory of human-induced climate change.

Lindzen only appears briefly in the documentary, and you will have to read Rose’s book for the full story of their encounter.

A more interesting choice from Minchin was Danish author Bjorn Lomborg. Over the years he has gone from denying that global warming exists, to saying it exists but it is much better to spend money on combating malaria, to saying that it exists and it is a critical problem. His solution now is to spend $100 billion a year in research and development for a magic technological fix, while keeping on burning fossil fuels.

This is like saying “let’s jump out of this airplane without a parachute, and we will research and develop ways of landing safely on the way down”.

The problem with Lomborg’s solution is that with climate we are up against very fundamental issues of physics that can’t be magicked away. Once a CO₂ molecule has been put into the atmosphere by burning fossil fuels, it is not easy to get it back out again. And once the Arctic is ice-free in summer, $100 billion or even $100 trillion isn’t going to turn the sea water back into ice.

It is interesting that the one constant in Lomborg’s changing position over the years has been “let’s keep burning fossil fuels”.

By far the worst of Minchin’s champions was Marc Morano, who runs the notorious cess-pit of climate denial climatedepot.com. Morano is a master of the Gish Gallop, spewing out a rapid-fire string of arguments – sea level is dropping, polar bear populations are increasing, temperatures are going down – which are impossible to refute on the spot in a television debate. Morano’s arguments were all wrong of course, as has been nicely explained by Graham Readfearn, but by the time you have researched this and are ready to respond, the camera has moved on.

Rose simply refused to engage with Morano, which is the only appropriate course of action.

In all, five of Minchin’s seven experts appeared in the documentary, but only three of Rose’s. While this might sound unfair to Rose, I think that Minchin’s experts did more harm to his cause than good.

That said, I was concerned to read Minchin being quoted in the Sydney Morning Herald yesterday as saying that the documentary was a “terrific opportunity to convey to an ABC audience that there remains a significant debate”. If Minchin had any insight he would realise that the documentary simply exposes his gullibility.

Michael Ashley is a professor of astrophysics at UNSW.

This article first appeared in The Conversation

Balance in the eye of the beholder in climate change debate