India's mission to Mars will search for methane and could reveal an important aspect about the history of water on the red planet, writes Malcolm Walter. 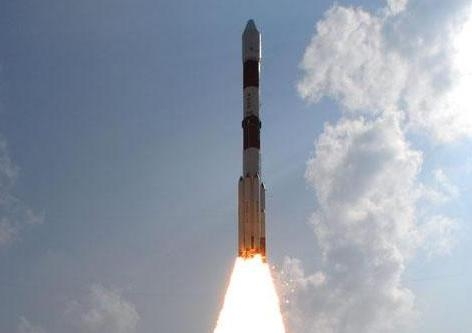 OPINION: Last Tuesday the Indian space agency launched a mission to Mars. Its goal is to place a satellite into orbit around that planet.

The probe is currently in Earth orbit (although not quite high enough yet, thanks to a brief engine failure yesterday) with a planned insertion into a Mars transfer orbit on December 1. It should reach Mars in September next year.

This is India’s first interplanetary mission. It follows a successful mission to the Moon in 2008-2009.

Mars holds a special place in the human mind. In our imaginations we have populated it with intelligent creatures who built canals and pyramids and carved giant faces into the rock. We have had giant worms slither through its sands. We faked an invasion of Earth by Martians.

Enthusiasts amongst us have fantasised about “terraforming” Mars so that we can move there after we have made Earth uninhabitable as a result of our rapacious habits.

The more sober of us see Mars as the most likely site in our solar system for a second origin of life. Discovering even microbes there could revolutionise biology, challenge some religious beliefs and point to an answer to that great question “Are we alone?”.

More prosaically perhaps, “just” getting there can be used to demonstrate the technical expertise of a nation and showcase its industrial ability. Such a “technology demonstrator” is also the first step in developing more ambitious missions.

So the motives for exploring Mars are never likely to be simple. Maybe they don’t matter as long as the results are good. But a number of commentators have noted that if India’s mission is successful they will have stolen a march on Japan and China, in particular.

Japan tried to reach Mars with a launch in 1998 but failed, and China appears to be quickly ramping up its space program. The USA, USSR and Europe got to Mars long ago, first in 1965 with a flyby and then in 1971 with an orbiting mission.

The Indian satellite has scientifically interesting capabilities. One is its ability to detect methane.

This isn’t the first craft to investigate methane. A group using the Planetary Fourier Spectrometer onboard the European Space Agency’s Mars Express spacecraft first reported methane in the planet’s atmosphere in 2004. In a report published in 2009 this appeared to be confirmed by ground-based observations using the Keck telescopes in Hawaii.

Methane is interesting because most of it in our atmosphere is produced by methanogenic Archaea (or microbes); in other words, it is a signal of life. So we might have detected life on Mars.

But like all science it is not so simple.

Methane also comes from volcanic sources. And the ground-based observations could have resulted from methane in our own atmosphere (despite great care in trying to exclude that possibility). More tellingly, the Curiosity rover now active on Mars sniffed and found no methane.

It would be premature to get excited about a detection of life. But a sniff by the Indian instrument could make a useful contribution.

A tiny package, crammed with science

Also included in the instrument package is a photometer that will measure the relative abundance of deuterium and hydrogen in the upper atmosphere. This will allow the amount of water loss to outer space to be estimated, thus revealing an important aspect of the history of water on the planet.

Given that all life as we know it requires liquid water this will be another datapoint in the search for life, as well as revealing more about the climate history of the planet.

A quadrapole mass spectrometer will examine other aspects of the composition of the Martian upper atmosphere.

A thermal infrared imaging spectrometer will measure the properties of the Martian surface, allowing for mapping of surface composition and mineralogy (much of which has already been done by previous missions), and a colour camera will provide images in the visual spectrum.

All this is packed into a cube 1.5 m to a side and powered by solar panels.

There is no doubt that over recent years India has staked a claim to be a serious participant in the exploration of space. More power to them! May they reach Mars, demonstrate their skills and make great discoveries.

Professor Malcolm Walter is director of the Australian Centre for Astrobiology at UNSW.