Opinion Invest or fall behind, it's not rocket science

Science is expensive but cutting spending will be more costly in the long run, warns Professor Merlin Crossley. 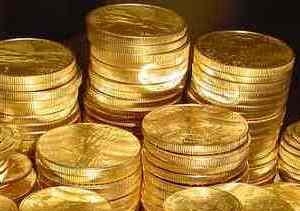 It's important that we don’t lose our resolve on science funding and fall behind our peers in the quest for the good life.

Imagine you come from a country that is rich in gold.

You have people who are trained in finding gold and you have the right technologies.

Why do you want gold? Only because it buys you medicines for your children, food, and education, and with it you can invest in sport, art, culture and defence.

You need science to find gold. But after a while most of the obvious nuggets have been picked up.

It costs more and more to find gold. Life is good – why bother spending money on science?

Science is expensive and the problems we tackle today are more complex than ever – energy, water, food security, biosecurity, and infectious and chronic diseases.

Scientific technologies also become more expensive. The equipment we use today has twice the power and costs ten times the price of yesterday’s kit. Scientific training costs money too. In the long run science creates wealth but in the short term it costs money.

So the spending on science in Australia is again being cut. In the mid-year economic forecast, severe cuts were made. This month, the government announced another cut to our universities and then the CSIRO announced it was making cut-backs on staff.

Is there anywhere where science isn’t being cut?

Well, it seems to be growing in Asia. And it is being defended in Europe and America, despite the fact that they face severe financial challenges.

In Asia – which historically has not had the same standard of living as Australia – there is a strong belief that scientific knowledge is the pathway to improving life. In Europe and America, scientific invention is seen as the way to stimulate a creative economy.

The depth of scientific expertise in Europe and America is an asset that is worth maintaining.

So why is the Australian government losing its nerve and reducing its investments in research and in the amount it provides to teach each student at university?

Partly, it is because we have had a series of changing science ministers, combined with a strong opposition that has put the (relatively small) budget deficit on the agenda like nothing before.

Opinion polls undermine the strongest will. No one wants to attempt explaining why it might be worth having a deficit or even a big new tax to fund science.

Partly, Australia has had it too good for too long. We are trying only to maintain our standards of living – not to build them – so we lack the ever-present motivation found in the developing world.

Most worrying is the fact that some people regard universities as privileged bastions where academics waste public funds working on irrelevant topics.

The results of the research assessment exercises, the increases in student numbers, and the many awards honouring people like Professor Ian Frazer, who invented the cervical cancer vaccine, and the CSIRO, where Wi-Fi was invented, should reassure people that in Australia public research money is hard earned and well spent.

Scientific spending should not be unlimited – it would be impossible for any government to provide enough funding to ever satisfy a really creative researcher with a thousand good ideas.

But the problem of start-stop funding seems to be particularly prevalent in Australia these days.

This problem arises from a lack of long-term strategy and of government stability. We have had many great schemes – the National Collaborative Research Infrastructure Strategy, the Future Fellowship Scheme, and the Sustainable Research Excellence scheme – but all are now on hold or facing a fiscal cliff.

The recently released McKeon Review into Health and Medical Research provides perhaps the best way forward. It recommends dedicating a set proportion (3 to 4per cent) of the total health budget to research.

This would provide the stability needed. There is no reason why a similar approach could not be taken to investment in research in other, non-health related areas.

Science has come a long way. We are currently hitting some bumps in the road, but we need to press on if we are serious about securing gold for the future.

One of the founders of modern science, Isaac Newton, spent a lot of time on alchemy – the attempt to turn cheaper metals into gold. He got nowhere in this but modern physics and chemistry were born.

These disciplines gave rise to the industrial revolution and scientific power that transformed the Western world and is now transforming the entire globe.

Doing science in Australia and being connected to the world of science truly does deliver medicines for our children, food, culture and defence. But it is important that we don’t lose our resolve and fall behind our peers in the quest for the good life.

This opinion article was originally published in the Newcastle Herald.

What is good science?