There is still scientific work to do on attributing specific events to climate change, but we know enough to make policy decisions, write Steve Sherwood and Lisa Alexander. 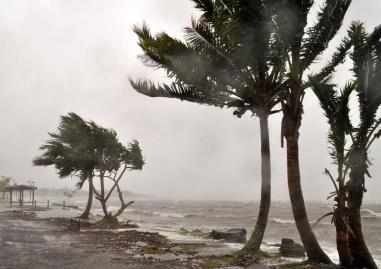 OPINION: The part of Intergovernmental Panel on Climate Change (IPCC) Fifth Assessment Report, dealing with the physical basis of climate change, has now been released.

The report – released today in Stockholm – is more than 2,000 pages long, has assessed nearly 10,000 peer-reviewed scientific studies, most of them published since the previous assessment in 2007, and (as with previous assessments) went throughthree rounds of detailed review by 1,089 expert and government reviewers worldwide to ensure balance and accuracy.

So what new does it have to say about our climate problem?

The short answer, at least with respect to the big picture: not much. Despite a recent slowdown of surface ocean warming, the world is still warming and humans are still behind most if not all of the change. Much larger changes loom in the future if business-as-usual continues. If emissions come down, those changes won’t be as bad.

Little progress has been made in narrowing the range of future global warming rates or quantifying the role of aerosols (airborne particles such as soot) in offsetting the warming to date. Confidence in regional predictions of climate remains low. This does not mean, however, that no progress has been made.

First, the report does ratchet up confidence in the basics. Each of the last three decades has been successively warmer that any preceding decade since widespread observations began in 1850. While previous reports already stated that the world is warming, and that human greenhouse gas emissions (mainly carbon dioxide) were causing warming, AR5 expresses 95% certainty that the latter caused more than half of the former.

Indeed human activities can account for all the observed warming, and there is no evidence of a significant contribution from natural causes. This warming is now more clearly evident in the deep ocean. We are also more confident in the positive feedback on global warming by water vapour, clouds, and the net release of CO2 from perturbed ecosystems.

Projected warming by 2100 is still about 3-5C above 2005, under the high-emissions scenario. AR5 takes a longer view than previous reports, noting that the most likely global warming by 2200 under this scenario is a shocking 9C above preindustrial. It also expands its consideration of the palaeoclimate record indicating that the last three decades were likely the warmest of the last 1400 years.

There has been a lot of fuss about the slower warming over the past 10-15 years, which AR5 acknowledges and attributes at least in part to natural variations within the climate system. AR5 also acknowledges that short term trends are a poor indicator of long term changes.

When combined with all other evidence this has a fairly small effect on the conclusions, reflected in a range of 1.5-4.5C per doubling of CO2 for the so-called “equilibrium climate sensitivity”. This is a return to the range in the first three assessment reports but broader than the 2.0-4.5C range assessed in 2007. The upper limit of the “transient climate response,” a related measure, is also down by 0.5C.

New studies have shifted a few conclusions on the question of whether predicted changes can be detected in past observations. It is now clear that both major ice sheets and nearly all glaciers are melting. High-rainfall events (behind disasters such as recent Queensland floods) now seem to be heavier in many places.

But AR5 expresses less confidence that tropical cyclones are on the increase globally or that there are more droughts globally. This does not mean these things aren’t happening but reflects a more nuanced understanding of how difficult it is to confirm them based on the imperfect information available.

Projected future climate changes remain what they have been for years: hotter summers and heat waves, milder winters, heavier extreme rains, and longer periods between rain in most places.

Probably the biggest change since 2007 is that sea level by 2100 in the high-emissions scenario is now expected to be 0.5-1.0 meters.

One new topic not covered in previous IPCC assessments is climate geoengineering, including measures to remove carbon dioxide from the atmosphere or to reflect more sunlight to space in order to offset the impact of emissions. The report is not optimistic about either option. Reflecting additional sunlight to space is possible but carries many risks and does not fully address the impacts of CO2. The IPCC mitigation assessment, due in early 2014, is likely to take this topic up further.

Do we need another blockbuster IPCC report in 2019? Possibly not. As we authors can now attest from personal experience, these reports require a massive investment of time.

Some advocate changing to a system more like the US Climate Change Science Program (CCSP), run about a decade ago, in which smaller and more frequent reports are targeted at key areas of interest to policymakers. This idea, or other possible innovations, deserves serious consideration and was trialled in the IPCC’s SREX (Special Report on Extremes) published in 2011.

The trend in the last several IPCC reports has been growing certainty about the basic things that we already thought we knew. This collectively gives us every reason to think that CO2 emissions are a serious problem—-but with little reduction in stubborn projection uncertainties.

The take-home message may simply be that while scientists should continue to strive for improvement, policymakers and the public had best get on with decisions based on the information at hand, rather than hoping for a crystal ball to appear.