The real and direct impact of ocean-going plastic is not where it ends up, but the route it takes from our beaches to the great ocean garbage patches, writes Erik Van Sebille. 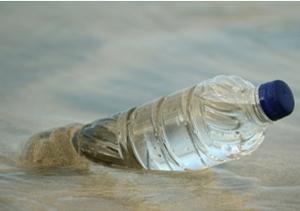 OPINION: Recent plans to clean plastics from the five massive ocean garbage patches could do more damage to the environment than leaving the plastic right where it is.

There is no doubt that the focus on cleaning up those garbage patches is admirable. They are a disgrace. Each is hundreds to thousands of kilometres across and together they are one of the most obvious signs of just how much we as humanity are polluting our oceans.

Boyan Slat is a young aerospace engineer who has been working on a plan to filter out plastics from the patches. It is a wonderfully original approach to this problem that is certain to have broader applications well beyond the plastic in garbage patches.

However, we need to reconsider a knee-jerk response that involves rushing to fish out all the plastic. That’s because of the way the ocean circulation has created the gyres where garbage patches form. When all things are considered, there are perhaps few places in the world where floating plastics could do less harm.

The real harm caused by plastic in our oceans lies much closer to home. And the ocean currents tell us why.

One of the more interesting aspects of the centres of the ocean gyres where the patches form, is that they are the ocean equivalent of deserts. There is very little life there. It is the reason why there are hardly any commercial fisheries in these areas and why it is perhaps one of the safest places for these plastics to remain.

It is because this area is an ocean desert that we can say (often in a dramatic voice) that if you were to put a net in the water in one of these gyre centres, you would pull up more plastic than ocean life.

The first important thing to understand is that surface water in the ocean doesn’t stay at the surface forever. Ocean currents move water both horizontally from one ocean region to another, as well as vertically between the surface and the deep ocean.

In some areas, mostly along coastlines, at the Equator and in the Southern Ocean, there is upwelling of nutrient-rich water from the deep ocean. In other areas, primarily in the centre of the gyres, there is downwelling, where nutrient-poor surface water gets pushed back to the deep ocean.

The time taken for a particle of water to move from the upwelling regions near the coasts to the downwelling regions in the centre of a gyre can often be measured in decades. During these years of moving from coast to gyre, surface-dwelling plankton consume the nutrients.

So, the older age of the water in the regions of downwelling means that there are hardly any nutrients left in the water to sustain life once it reaches the patches. Without nutrients there are far fewer plankton.

The lack of plankton caused by this loss of nutrients makes it difficult to sustain a marine food web, which also means that there are comparatively little fisheries going on in the patches. Most of global fisheries actually happen where nutrient rich “new” water comes to the surface.

The garbage patches also form in the old-water gyres because plastics are too buoyant to descend with this downward current. They stay behind on the surface and collect in the ocean garbage patches, exactly where most water downwells.

Preventing plastic from getting in the ocean

By focusing on this far-from-shore clean up we are missing the more pertinent concern. The real and direct impact of ocean-going plastic is not where it ends up, but the route it takes from our beaches to the garbage patches.

It’s when the plastic passes through these ecologically and economically important regions that we should be most concerned. These are the places where we fish.

We have recently shown that it can take up to 50 years for plastic released from our shorelines to travel to the patches. That means that even if we would clean up the garbage patches today, the garbage would return within a few decades, as the plastic that is currently spread across the ocean slowly accumulates again.

If we stop polluting today, within a few decades there will be almost no more plastics in our oceans outside of the garbage patches.

Only then, once we have stopped plastics entering our oceans in the first place, can we sensibly make the decision whether and how we want to spend the resources to clean the distant garbage patches.

Erik Van Sebille is a physical oceanographer and lecturer in the Climate Change Research Centre, UNSW.

Our plastics will pollute oceans for hundreds of years