An apparent slow-down in global warming during the past decade does not change best estimates of the long term response to increasing greenhouse gas emissions, writes Dr Steven Phipps. 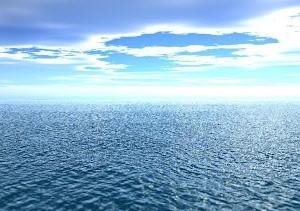 A new study suggests that the short-term warming due to increasing greenhouse gases may be less than previously feared. However, when we look at the bigger picture, we still find that climate change is an issue that demands our attention.

The new work by Alexander Otto and colleagues, published in the journal Nature Geoscience, uses observations of surface temperature and Earth’s heat budget spanning the last 40 years. This differs from many previous studies, which have been based on computer models of the climate system.

The sensitivity of our planet to a doubling of the atmospheric carbon dioxide concentration can be expressed using two different measures. One measure, the transient climate response, describes the immediate, short-term warming. This figure is the one that really matters to policy makers. The other measure, the equilibrium climate sensitivity, describes the long-term commitment once the climate system has come into balance with the enhanced level of greenhouse gases.

Using observations from the period 2000 to 2009, a decade when global warming appeared to slow down, Otto and colleagues obtain a “best estimate” for the transient climate response: 1.3ºC. This is smaller than the value of 1.6ºC obtained when they look at observations from the 1990s instead. We might conclude from this that we need to reduce our estimates of the climate sensitivity.

However, natural variability needs to be considered as well. Internal variations within the atmosphere and oceans matter when we look at just ten years of observations. When Otto and colleagues look at the entire period from 1970 to 2009, the last decade starts to look less unusual. Their best estimate for the transient climate response is now 1.4ºC – just 0.1ºC greater than the value estimated from the last ten years.

This suggests that it might be the 1990s that was unusual, rather then the first decade of the 21st century. Indeed, another recent study by Myles Allen and colleagues evaluates a long-term climate model projection made back in 1999. That projection turned out to be extremely accurate. However, the real world warmed faster than the model prediction during the 1990s, before returning to the predicted long-term trend during the decade that followed.

So natural variability might have caused Earth to warm a little faster than expected during the 1990s. Then, during the following decade, it had the opposite effect, cancelling out some of the warming due to increasing concentrations of greenhouse gases. The period from 2000 to 2009 may therefore have seen the climate system “pausing for breath” before the long-term warming trend continues in future.

Using observations from the past decade, Otto and colleagues derive a best estimate for the long-term equilibrium climate sensitivity of 2.0ºC. This is consistent with the estimates obtained when they look at observations over longer periods of time, including the whole of the period from 1970 to 2009. The apparent slow-down in global warming over the past decade has therefore done nothing to change our best estimates of the long-term response.

This new work by Otto and colleagues refines our estimates of the climate sensitivity, but the overall picture remains unchanged. Even medium-range climate scenarios suggest that the atmospheric carbon dioxide concentration will have doubled, relative to pre-industrial levels, well before the end of the current century. If our emissions of greenhouse gases continue unabated, we still face an uncomfortable future.