A UNSW-led team of astronomers has begun to map the location of the most massive and mysterious objects in our galaxy – the giant gas clouds where new stars are born. 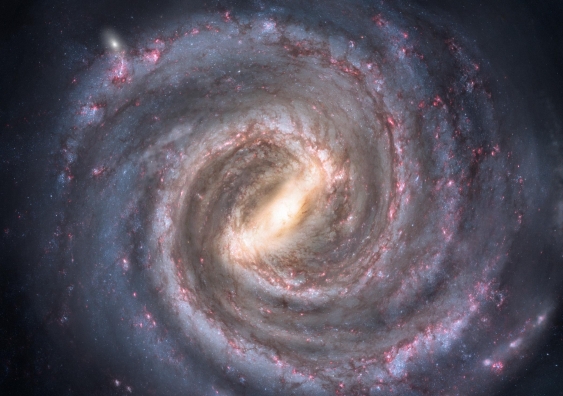 An artist's impression of the Milky Way Credit: Nick Risinger

A UNSW-led team of astronomers has begun to map the location of the most massive and mysterious objects in our galaxy – the giant gas clouds where new stars are born.

Using a telescope at Coonabarabran that narrowly escaped devastation in a recent bushfire, the team identifies the galactic clouds of molecular gas - which can be up to 100 light years across - from the carbon monoxide they contain.

“On Earth, carbon monoxide is poisonous – a silent killer. But in space, it is the second most abundant molecule and the easiest to see,” says Professor Michael Burton, of the UNSW School of Physics, who leads the team.

“One of the largest unresolved mysteries in galactic astronomy is how these giant, diffuse clouds form in the interstellar medium. This process plays a key role in the cosmic cycle of birth and death of stars.”

A research paper on the first stage of the work – covering a region of the sky about the size of four full moons – is published in the journal Publications of the Astronomical Society of Australia.

The carbon monoxide survey of the Southern Milky Way is being carried out with the 22 metre Mopra millimetre wave telescope at Coonabarabran.  While the adjoining workshop, office, and accommodation wing were destroyed in the bushfire in January, the telescope’s control room survived because it was encased in brick.

The international team is also searching for “dark” galactic gas clouds – unseen clouds that contain very little carbon monoxide.  It is assumed these clouds are mostly made up of molecular hydrogen which is too cold to detect.

The team is using telescopes in Antarctica and Chile to search for these dark clouds, based on the presence of carbon atoms, rather than carbon molecules, in the clouds.

“Taken together, these three surveys will provide us with a picture of the distribution and movement of gas clouds in our galaxy,” says Professor Burton.

Dark clouds, if found, could also be the “missing” source of gamma rays, which are produced when high-energy cosmic rays interact with the nuclei of gas atoms or molecules they encounter when travelling through space.

“The source of more than 30 per cent of gamma rays remains unidentified – another big mystery our research could throw light on,” says Professor Burton.

Some of the options for how large giant molecular clouds form include the gravitational collapse of an ensemble of small clouds into a larger one, or the random collision of small clouds which then agglomerate.

About one star per year, on average, is formed in the Milky Way. Stars that explode and die then replenish the gas clouds, as well as moving the gas about and mixing it up.

The team includes researchers from Australia, Germany and the US.

Meet a real interstellar explorer – but its days are numbered