Microbes in oceans produce around half the oxygen we breathe. Now a study has shown their movement is hindered by geographical boundaries, raising concerns about their susceptibility to climate change. 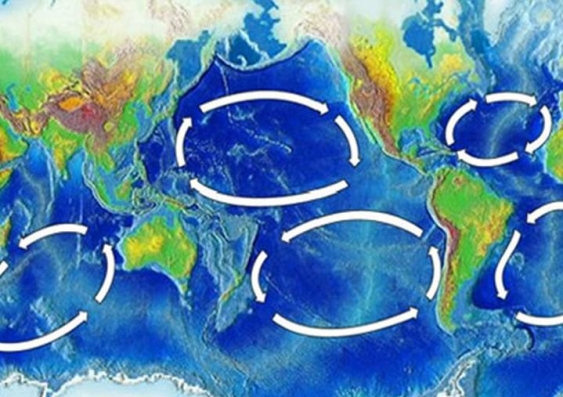 A new study has overturned the long held view that microbes in the world’s oceans are highly mobile and the same cells can be found anywhere across the planet, unhindered by geographic boundaries.

An international team of researchers including UNSW oceanographer, Dr Erik van Sebille, found instead that microbes evolve faster than ocean circulation can disperse them, leading to substantial—and dynamic— biogeographic patterns in their surface ocean population.

The study was led by Associate Professor Ferdi Hellweger, a microbial ecologist and environmental engineer at Northeastern University in the US, and is published in the journal Science.

The research, which involved a global surface ocean model, has implications for understanding the effects of climate change on the microbes in the ocean, which provide about half of the oxygen we breathe.

Dr van Sebille, of the UNSW Climate Change Research Centre, says the ocean has at least six large catchments and this partly explains why microbes are so different in different parts of the ocean.

“Although all the ocean basins are connected with each other, water doesn’t flow easily between them. As our new study shows, this affects microbes floating in the water. They can easily spread within the catchment areas, but not so much between them,” says Dr van Sebille.

Over the past several decades, ecologists have come to understand that neutral evolution—variation within and between species caused by genetic drift and random mutations—plays a role in the biogeographic patterns of ocean microbes, along with natural selection.

"Microbes differ between ocean provinces because of neutral evolution and dispersal limitation. Because provinces are not well-mixed, the differences can continue to grow,” says Associate Professor Hellweger.

The findings shed light on how ocean microbes may respond to global climate change.

"You may not see microbes adapt to climate change as rapidly as if ocean microbes were completely mixed and they were everywhere. Certain species of microbes may not thrive under new temperatures in certain provinces,” says Associate Professor Hellweger.

In this study, the researchers quantified the role of neutral evolutionary processes by simulating division, mutation, and death of some 100,000 individual marine bacteria cells with full genomes in a global surface ocean circulation model.

They ran the model for up to 100,000 years and then analysed the output using advanced DNA alignment algorithms.

The team, which includes Northeastern University doctoral student Neil Fredrick, plans to use a similar modelling approach to explore deep ocean microbes next, as well as the impact of environmental selection.