Much more to happy retirement than money

Money is considered to be the top priority in planning for retirement, but a more pertinent question to ask is how do you want to live, says psychologist Dr Joanne Earl. 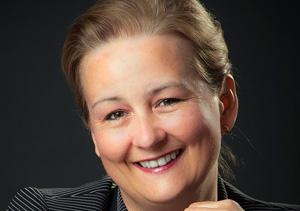 One of the most common questions people ask when planning for their retirement is how much money they will need, but a more pertinent question is to consider how they want to live, says UNSW  psychologist and careers expert Dr Joanne Earl.

“I ask them whether they plan to take a cruise on the QEII or if they’d be happy eating Vegemite sandwiches in a caravan park,” says Dr Earl. “Happiness in retirement is as much about whether it meets your expectations as it is how much superannuation you have.

“The field of retirement planning is dominated by financial advisers and accountants and people often consider money to be their top priority but really it’s a question of considering what you want from it and all the other resources you’ll need to make that happen.”

With more of the ageing Baby Boomer generation leaving full-time paid work, Dr Earl and colleague Cindy Leung have had a timely study published in the Journal of Vocational Behaviour about a new inventory of resources they have compiled for assessing how well equipped people are for a well-adjusted retirement. Their work is based on research involving 267 retirees aged 50 years or older (sourced from National Seniors Australia).

“Retirement has the potential to be a stressful life transition in late adulthood, often inducing a wide range of significant changes such as a loss of stable income, detachment from colleagues at work and an increase in unstructured time,” Dr Earl says.

“Although the vast majority gradually become and are well-adjusted to the changes in the retirement phase, a significant number of retirees still suffer from poor adjustment and well-being.

“That’s true almost irrespective of how wealthy you are. If you’ve been so busy amassing enough wealth, for example, to live a life of luxury international travel but neglected your health and you are an obese smoker, you’re going to be very unhappy when your doctor tells you that you can’t hop on a plane because you’re at risk of having a stroke.”

The inventory is based on a survey of six key areas: the physical health, financial, social, emotional, cognitive and motivational resources each person has available to them.

“Retirement well-being has a lot to do with individual expectations and setting goals accordingly for each resource area,” says Dr Earl. “More than 40% of people plan to work part-time to supplement their income, for example, but in reality far fewer do - because most don’t really plan how they’ll do it. Likewise, more than half of the over-45 age group expect their superannuation to be their main source of income but it actually works out that way for only about 17% of retirees.

“Others may dream of taking a big trip and renovating their home but many have done that within 18 months of retiring and haven’t planned for what they’ll do next.

“While your financial assets are a good predictor of your retirement well-being, it’s worth noting that as many retirees say that they have ‘just enough’ to live on with an annual income of $7,800 as they do with $130,000. So it’s not just how much you have, but how you want or expect to live.”

Support for this study came from the National Seniors Productive Ageing Centre.