The mystery of why some people get fat eating high-fat foods while others can stay skinny on a diet of burgers and chips is closer to being solved. 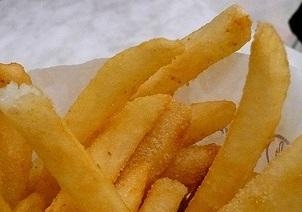 The mystery of why some people get fat eating high-fat foods while others can stay skinny on a diet of burgers and chips is closer to being solved.

A research team led by UNSW's Professor Merlin Crossley and Dr Kim Bell-Anderson, of the University of Sydney, investigated a genetically modified strain of mice. They unexpectedly found that the mice remained thin on a high-fat diet.

The findings are published in the journal Diabetes.

The researchers already knew that a protein called KLF3 turns off genes involved in blood production.

“We were trying to work out the function of the protein KLF3 by making a mouse that didn’t have any KLF3. To our surprise we found that these mice remained lean on a high-fat diet. They also showed signs of improved glucose metabolism and insulin action,” said Dr Bell-Anderson, the lead author of the paper.

“We knew KLF3 was important for turning off gene expression, but we didn’t know which genes it targeted, so we looked at the gene expression of about 20,000 genes to see which ones were abnormally expressed in our mutant mice.”

Researchers from Professor Crossley’s laboratory in the UNSW School of Biotechnology and Biomolecular Sciences used the Ramaciotti Centre facility to carry out the genome analysis.

“One of our investigators, Dr Alister Funnell, noticed that the expression of a gene, recently discovered to encode a hormone called adipolin, was increased in the mutant mice,” said Professor Crossley.

Adipolin is a type of hormone, produced by fat cells, that enters the blood and modulates responses to food.

“The amount of adipolin circulating in the blood of our mutant mice was more than doubled,” said Dr Bell-Anderson.

“The roles of KLF3 and adipolin in humans and their beneficial or harmful effects are yet to be determined, but therapies aimed at increasing adipolin levels may be a promising target for treatment of type 2 diabetes and obesity.”