Australia’s Chief Scientist Professor Ian Chubb will present the 2014 Jack Beale Lecture on the topic 'No free rides to the future: Shoring up the science to sustain us' at UNSW on Wednesday. 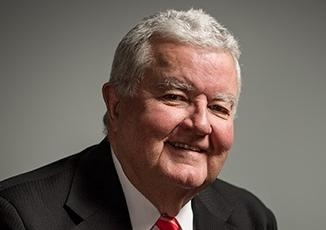 Professor Chubb will speak on the topic No Free Rides to the Future: Shoring up the Science to Sustain Us.

In 2006 he was made a Companion of the Order of Australia for “service to higher education, including research and development policy in the pursuit of advancing the national interest socially, economically, culturally and environmentally, and to the facilitation of a knowledge-based global economy”.

The Jack Beale Lecture on the Global Environment was established in 1999 by the Hon Dr Jack Beale, Australia’s first Minister for the Environment (NSW Parliament).

It provides the opportunity for an eminent scientist to examine Australia’s environmental responsibilities, opportunities and performance within the global context.

What: 2014 Jack Beale Lecture on the Global Environment delivered by Professor Ian Chubb

Registrations are essential. To register online go to www.alumni.unsw.edu.au