No helmet linked to risky riding

UNSW researchers have found that cyclists who do not wear helmets are more likely to engage in risky riding behaviours and be involved in more severe crashes than those who wear protective headgear. 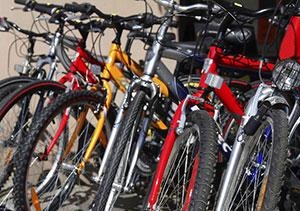 UNSW researchers have found that bicyclists who do not wear helmets are more likely to engage in risky riding behaviours than those who wear protective headgear.

They are also more likley to be involved in more severe crashes with cars and trucks.

The large study, of 6745 cyclists injured in collisions with motor vehicles in NSW during a nine year period, also showed that helmet use reduced the risk of head injury by up to 74 per cent.

The case-control study was carried out by linking detailed information on admissions to all hospitals in NSW with police reports on road traffic collisions in which cyclists were injured or killed.

One in four of the cyclists who crashed were not wearing a helmet.

More than 27 per cent of the cyclists injured in the collisions were admitted to hospital, and about one in ten had head injuries, half of which were serious or severe.

Teenagers were the most likely to sustain skull fractures and brain injuries.

The study, by researchers in the UNSW Transport and Road Safety Research group and School of Mathematics and Statistics, was published today in the journal Accident Analysis and Prevention.

Study co-authors, Dr Jake Olivier and Chair of Road Safety, Professor Raphael Grzebieta, said there had been debate in Australia and internationally about the effectiveness of bike helmets in preventing head injury, and about the need for mandatory helmet laws.

They both noted there has also been speculation that wearing helmets is associated with riding more recklessly, because cyclists feel protected, but the study found the opposite was the case.

About half of the children and adolescents less than 19 years old who were injured in a collision were not wearing helmets, compared with only 15 per cent of 30 to 39 year olds.

“This issue needs to be addressed through much stronger enforcement of the helmet law and wider education in light of the demonstrated effectiveness of helmets,” Dr Olivier and Professor Grzebieta said.

The UNSW study was led by Dr Mike Bambach and Dr Rebecca Mitchell.