Opinion No RET for the wicked ...

The RET has been so successful it will easily achieve 28% by 2020. That means we should be setting higher, more ambitious targets, writes Stephen Bygrave. 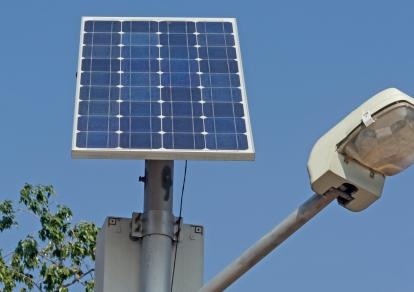 OPINION: As co-designer of the original RET in the late 1990s, it is remarkable to see where this policy has taken us. What’s even more remarkable is how far it can take us in the future.

The Renewable Energy Target was designed against the backdrop of the Howard government's approach to the Kyoto negotiations in 1997. That government was keen to paint itself as taking effective action on climate change at the same time as arguing for a 107% emissions target under the Kyoto Protocol.

At its inception, the RET was designed to meet a policy objective of creating an additional 2% of Australia's energy from renewable energy sources, including solar hot water. This would take Australia from roughly 10% renewable energy to 12%. It had widespread support from state governments, and both the Electricity Supply Association of Australia and the Australian Energy Users Association was consulted in its design.

The RET was so successful and received so much bipartisan political support, that it has been expanded, not just in size, but in the scale of projects that are eligible under the scheme (for example, rooftop solar).

As a market mechanism, it was also designed to provide long term investment certainty to industry, a key objective that is being increasingly undermined by the current review, with delays in final decisions on any policy changes to the RET proving extremely damaging to the renewable energy industry. Billions of dollars of clean energy investment is threatened, and staff already laid off.

Australia must move its economy to one that is renewable energy based, or risk being left way behind the rest of the world. With a world that, scientists say, could be 4 degrees warmer in 2100 and 9 degrees warmer in 2200, no one will be burning coal and gas, regardless of how much of it there is. It will be left in the ground.

The RET has been so successful it will easily achieve 28% by 2020. That means we should be setting higher, more ambitious targets, not ones that we will meet already. Targets of 40% by 2020 and 100% by 2030. This is not just to grow a clean industry, but to ensure that our planet is habitable in 100 years’ time. The World Bank has warned that there is no certainty that adaptation to a 4-degree world is possible. The Tyndall Institute in the UK has warned that a world 4 degrees warmer is incompatible with any reasonable characterisation of an organised, equitable and civilised global community. So there are many reasons for us to be getting on with it, and as quickly as possible.

This week, as we launched our zero emissions land use report, we've heard from farmers who are already feeling the impacts of climate change.

In fact one farmer who was involved with the report launch, John Pettigrew, has already bulldozed his 10,000 peach trees, largely because of climate change. One thing frustrating him is how far behind Australia is falling on the international stage. He has rightly recognised that a 'clean, green' image is a strong selling point. He's well ahead of the government in understanding that the community is looking for stronger action on climate change.

Time after time, Australian people have voiced their support for renewable energy and the RET. They are tired of hearing that the RET is responsible for the increase in electricity prices. They know that it has contributed only 3% of the increase, the majority coming from massive over-investments in existing infrastructure (poles and wires). With gas prices about to rise significantly, the RET will actually act to keep energy prices down – it doesn’t matter how much wind is blowing, its price doesn’t change.

In a week in which we have farewelled one of our most forward thinking leaders – Whitlam – credited for taking Australia into the 21st Century, we need leaders who are preparing Australia for the next, very hot, century.

This opinion piece was first published in Business Spectator.

Australia’s coal and gas exports are being left stranded